Children across the Lone Star State have returned to school — still, some learners are adjusting to the new way of learning amid the COVID-19 pandemic better than others.

In Texas, 1.8 million K-12 public school students, many of whom come from disadvantaged groups, including Latinos, find themselves among those struggling to learn.

“Families that are suffering from the digital divide are dealing with a lot,” Carlotta Garcia, a Central Texas Interfaith organizer, told The Texas Observer. “These are families dealing with life and death. Right now, they’re dealing with food, medicine, sickness, and the threat of displacement.”

Not having proper internet access can severely harm how students learn, especially with many schools utilizing virtual learning as health officials stress the need for physical distancing.

It even means missing out on important lessons and assignments, according to Bastrop County senior Miranda Alcantar.

“Sometimes my internet would just completely shut down, and I would get taken out of my classes that I was in, and then I would miss some of the things that the teachers were saying,” Alcantar told The Texas Observer. “Other times, I would be struggling because my Wifi is so slow, and some of my projects would get turned in really late.” A recent report from Common Sense, “Teaching Through the Digital Divide,” highlights these disparities.

“What Texas has is a combination of large segments of the population that are low-income, and that are Black and Latinx, and also large sections that are rural,” Danny Weiss, one of the report’s authors, told Houston Public Media. “So, what we found in our report is that rural communities have lower connectivity rates, but also low-income populations and students of color, Native American, Black, and Latinx students also have lower rates of connectivity than their white student peers.”

One of the issues educators and administrators face is not having a full understanding of the issue at-large.

“It’s really hard to get people to tell you they don’t have [an] internet connection when they can’t use the internet to respond to a survey or send an email,” Kevin Schwartz, Austin Independent School District’s technology officer, told The Texas Observer. “What we’ve got is based on national data, and we’ve modified that based on what we know in Austin and from those who talk to our communities.”

Nationally, over 15 million students do not have sufficient internet access. Over 300,000 teachers struggle to educate due to poor connection, according to the Common Sense report.

“What [the report] tells us is that partly what this is, it’s not just an issue of, ‘Is there internet in your community?’” Weiss told Houston Public Media. “But, ‘Can you afford it? Do you know enough about it to go out and get it? Are you comfortable using technology?’ And are there other barriers to getting connected. For instance, if you’re homeless or something.” 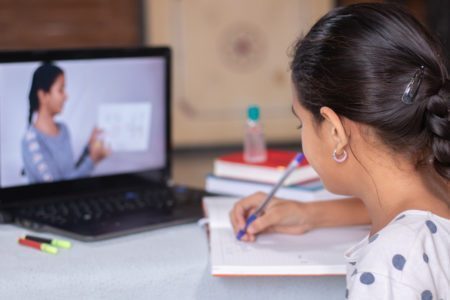 Latino teens already are more worried than their peers that they won’t be able to keep up with schoolwork or extracurricular activities amid coronavirus, according to another recent survey.

Other disadvantaged groups are having trouble, too.

“Rural communities often don’t have near the funds or the resources as your more urban communities,” says Debbie Bresett, the executive director of Bastrop County Cares, a nonprofit organization dedicated to improving the lives of the county’s citizens. “I think the school districts are working as best they can to provide.”

Still, there are interim solutions.

In Austin, the city’s school district has begun to send school busses that have been outfitted with Wifi access to neighborhoods with low rates of internet access. Moreover, the district also uses these busses to deliver needed technological devices, such as Chrome Books.

Civic leaders need to place more focus on lessening the digital divide gap, according to Wiess.

“The big issue for kids is further learning loss,” he told Houston Public Media. “And educators need to understand that. I think they do know that. What educators and administrators need to do is if they’re going to have a remote learning plan in place, they have to make sure that the infrastructure is there first. And that means internet connectivity and devices.

“What they need to do, in my opinion, is to communicate with policymakers in the state of Texas and in Washington, D.C., and let them know what their needs are and how important this is to get it done quickly.” 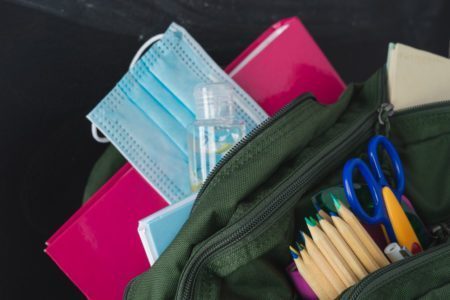 You can take a step to improve how schools accommodate students who suffer trauma.

Sixty-percent of U.S. children have been exposed to violence, crime, or abuse. These kids still have to go to class, virtually or in person. They carry a burden of trauma that can interfere with their behavior and grades. And schools don’t know there’s an issue at home.

Download the free Salud America! “Handle With Care Action Pack” to start a Handle With Care program. In the program, police notify schools when they encounter children at a traumatic scene, so schools can provide support right away, even if operating virtually.

The Action Pack contains materials and technical assistance to start a conversation and plans for implementing a Handle With Care program. Over 65 U.S. cities have started such a program.