The shocking details, obtained through a complaint filed by Project South, assert that a gynecologist at the Irwin County Detention Center (ICDC) in Georgia performed these procedures — without providing a full understanding of the operation.

Sometimes, they didn’t even give these details in their native language, according to the report.

Dawn Wooten, a former nurse at the detention center and the whistleblower of this complaint provided insight into the alleged practice.

“Everybody [that the accused gynecologist] sees has a hysterectomy — just about everybody,” Wooten said in the complaint. “I’ve had several inmates tell me that they’ve been to see the doctor, and they’ve had hysterectomies, and they don’t know why they went or why they’re going.”

Migrants from the US’ southern border are arrested and held in detention centers across the country for breaking immigration laws, such as trying to enter the nation without going through the proper channels — a system many advocates and elected leaders decry as broken.

The vast majority of these immigrants are Latino, according to a 2018 report from the American Immigration Council. 43% were of Mexican origin, and 46% were from Central America’s “Northern Triangle region,” including El Salvador, Guatemala, and Honduras.

Detention centers also target certain immigrants over others, as 79% of the detained population were male.

These findings are concerning, according to Dr. Emily Ryo, an associate professor of law and sociology at the University of Southern California Gould School of Law, and Ian Peacock, a Ph.D. student at UCLA’s Department of Sociology.

“Together, these four countries constituted about 89 percent of the detainee population,” these researchers write in their 2018 The Landscape of Immigration Detention in the United States report. “The US deportation regime has been called a ‘gendered racial removal program’ that targets Latino men.13 Our findings call for systematic investigations into whether and how detention practices, in particular, might contribute to that dynamic.”

Worse, many of the states with the highest Latino populations are also home to the most significant number of these facilities,  including: In the Georgia case, specifically, the complaint alleges that detained immigrant women are coerced into having a significant procedure without a full understanding of the surgery.

On numerous occasions, these women were not even given a holistic understanding of the operation in Spanish, their native language.

This is not acceptable, especially when considering the lives immigrants led before coming to America, according to Project South Legal and Advocacy Director Azadeh Shahshahani.

“These are women, in some cases, I would say most cases, who have fled horrible circumstances of persecution, of torture, of rape, threats of murder, and are seeking refuge in this country and then they’re placed in a facility like Irwin and subjected to these abuses,” Shahshahani said in a statement. “And then when they raise their voices about it, they are placed in solitary confinement.”

Worse, this is a trend that left an immigration attorney Elizabeth Matherne, who has had clients at Irwin Detention Center before, “not surprised at all” after learning about these procedures, according to The Guardian.

Officials at ICE claim to be investigating the complaint, but no concrete information has come to light yet.

“[The Complaints] raise some very serious concerns that deserve to be investigated quickly and thoroughly,” Tony H. Pham, ICE’s Senior Official Performing the Duties of Director, said. “ICE welcomes the efforts of both the Office of Inspector General as well as the Department of Homeland Security’s parallel review. As a former prosecutor, individuals found to have violated our policies and procedures should be held accountable. If there is any truth to these allegations, it is my commitment to make the corrections necessary to ensure we continue to prioritize the health, welfare, and safety of ICE detainees.”

The accused gynecologist’s lawyers deny all claims made by Wooten, according to The Washington Post.

Numerous elected officials are calling for sweeping investigations of this claim.

This is critical, according to Matherne — who says a lack of oversight is, in part, to blame for these kinds of atrocities. 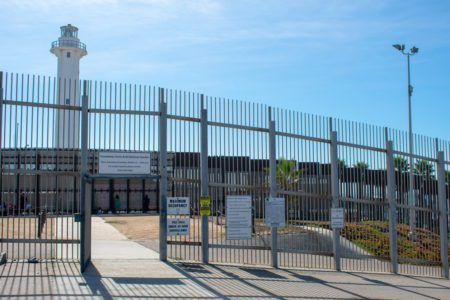 “[It] creates space for someone to have bad intentions. It also creates space for other people who may have bad intentions to enable or to be willfully blind to the actions of one person,” Matherne told The Guardian. “We think we’re going to find even more women who have had basically their fertility limited or taken away altogether because of the actions of this doctor and the facility to continue to take immigration detainees to him and for Ice to continue to foot the bill and approve their requests.

“[The system] is built to allow things like this to happen, and women especially are vulnerable for this kind of victimization.”

If these claims are valid, advocates say elected officials must put numerous oversight regulations into place, so this kind of harm never occurs again.

This is especially true when one considers that this practice is nothing new in the US.

“From the early 20th century to the 1970s, up to 70,000 Americans – most of them women – were forcibly sterilized,” Angelina Chapin writes in The Cut. “They were deemed unfit to procreate because of eugenics, the concept that certain people are tainted by undesirable traits that should be bred out of future generations. ‘Undesirable,’ of course, was a euphemism for immigrants and anyone non-white, poor, mentally ill, or who had disabilities.”

Learn how we can focus on advocacy for health equity and immigrant justice during the coronavirus pandemic. 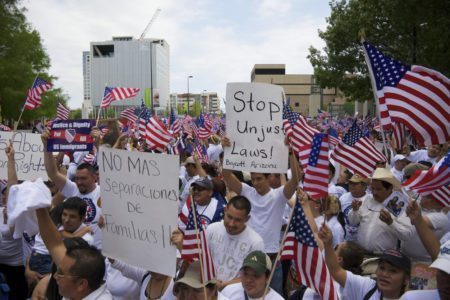 “So, the whole picture is very disturbing, and there is need for fundamental change,” Shahshahani said in a statement. “The call for accountability goes beyond this one individual doctor; it’s about the system.”

You can take steps of your own to address systemic racism and discrimination.