Kathryn Karam: Acknowledging Your Own Bias as a Person of Color

Kathryn Karam isn’t afraid to speak out against racism and discrimination.

She thinks that everyone should address their implicit biases and that being a person of color doesn’t prevent you from having bias.

That’s why Karam wrote a column for her college newspaper, The Collegian, last fall after the Black Lives Matter and George Floyd Protests to raise awareness about how people of color can have their own biases against Black people.

Karam comes from a family of Middle Eastern immigrants, growing up in a culture where topics like politics were taboo.

Now she’s a sophomore at the University of Massachusetts Amherst studying journalism and public relations, where she hopes to continue the conversation.

Karam grew up in the suburbs of Boston, in Norwood, Massachusetts.

Her parents are immigrants from Syria and Lebanon, but Karam grew up entirely in the U.S.

In her Middle Eastern community, certain topics were taboo. 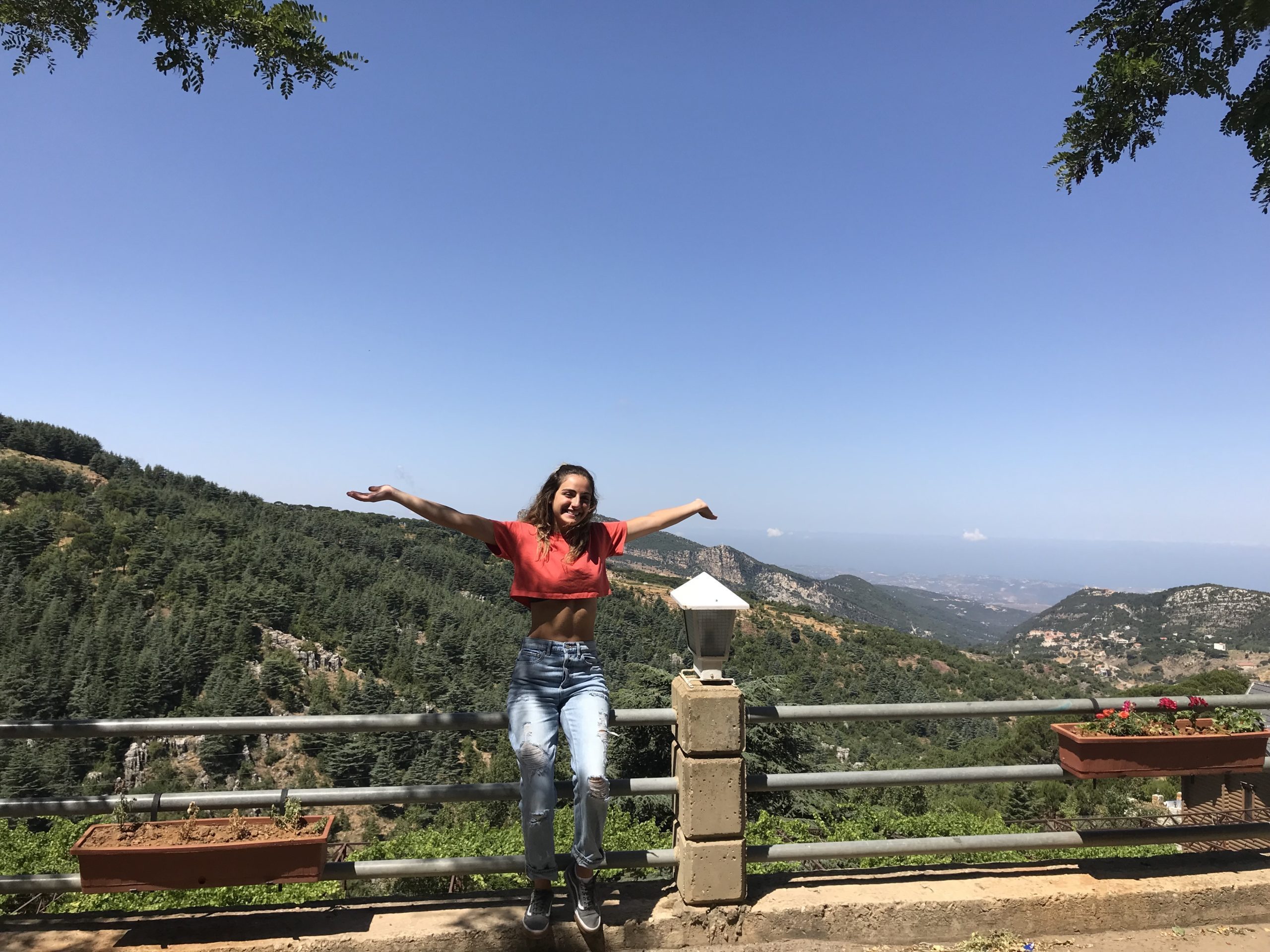 “In my experience, my Middle Eastern community and family members have always been really quiet on these topics. I know politics is just something we don’t talk about. Same with religion, and money – they’re like the number one things you can’t talk about. And so for a long time, I never even had the awareness to even think about it by myself,” Karam said.

“The older I get, the more important it is, I realized, to confront these issues. And I’ve been seeing so many people in my family, especially of the younger generation, draw attention to the issues, whether it’s on social media or whether it’s starting up conversation,” Karam said.

Coming from a family of immigrants has helped shape her view of culture and identity.

“In my own experience, it’s difficult finding your identity when you’re a child of immigrants, or you speak a different language at home, or you eat different food, or you do certain things that no one else around you is really doing. But with age, I found power in all of that,” Karam said.

Karam felt for a while that she wasn’t qualified to speak on the topics of racism and discrimination, especially because she hasn’t experienced it to the extent of some of her peers and family members.

“But I think now, we’re just all realizing how important it is. And I realized it like a while ago, but I even myself was scared to open up these conversations, because I’m not that educated on it. I don’t have that personal experience for being a Middle Eastern woman; I’m very light of skin. And I don’t go through the same struggles that people in my family go through, let alone Black Americans or other people of color that look distinctly different and face more discrimination because of that,” Karam said.

Even though she’s young and hasn’t experienced racism to the extent of others, Karam felt it was important to speak up so that others can start having difficult conversations about race as well.

“I’m 20, I’m in college, I’m not super well-educated on the topic. And I haven’t experienced the severe harsh realities that other people of color do. But no matter my experience versus others, I just thought it important to start advocating and start discussing these hard topics that no one really wants to talk about, especially now that they’re so politicized today,” Karam said.

Addressing Your Own Bias

Having a conversation about race, bias, and discrimination can be difficult, especially for other non-Black people of color, according to Karam.

“I think it’s really scary for minority groups to talk about things like this, because we still feel sometimes that there’s not a place for us or we’re struggling to fit into American society and culture. And that it’s not our place to like, talk about these things, just because I think it comes from an insecurity,” Karam said.

It’s time for people of all races to stand up against discrimination, Karam says.

Becoming aware of your implicit biases is the key to speaking out.

“I think the first step is having awareness that, no matter how much you may think you don’t have biases against Black Americans or other people of color or other minority groups, you do. It’s inherent in our society. I think once you have that awareness, you can listen more intently on conversation. And when something doesn’t feel right, you speak up. When you feel strongly in support of a situation, you start talking about it. You lend a hand. You show that you’re an ally,” Karam said.

Discovering one’s prejudices and privileges helps us understand how others are treated in comparison.

Do You Have Implicit Bias?

Karam recognized her implicit bias, and continues to work to overcome it.

“I no longer accept these biases in defense of my community or in protection of my own privilege, but I acknowledge them to move forward, to do better and to help in ending injustice toward Black Americans,” she wrote in her college newspaper.

These stereotypes affect our actions and decisions about others, beyond our conscious control.

Fortunately, these biases also can be “rewired” toward more compassion for others.

Download the free Salud America! Action Pack “Find Out If You Have Implicit Bias and What to Do Next.”

“I think the main takeaway should be that no matter your race, ethnic group or community, we are all individuals born with biases that we need to examine if we want to end the injustices toward Black Americans,” Karam said. “Just because something is not our own experience does not make it any less real for others. Be aware, be open to change and overall be empathetic.”

The post Kathryn Karam: Acknowledging Your Own Bias as a Person of Color appeared first on Salud America.