Alzheimer’s disease is an illness that affects the lives of many, and it impacts some Americans more than others.

In fact, studies show that U.S. Latinos are 1.5 times more likely to develop Alzheimer’s than their White peers. That number is only going to get worse over time if dedicated action isn’t taken.

Yet Latinos are underrepresented in clinical research across the board.

Fortunately, Texas officials and researchers are working on this issue.

How Big a Problem is Alzheimer’s Disease in Texas and Among Latinos?

The problem is huge in Texas, according to the experts.

“In Texas in 2019 alone, 1650 million hours of unpaid care was given by caregivers, which has an economic value of $21,628 million,” the Alzheimer’s Association states. “More than 5 million Americans of all ages are living with Alzheimer’s disease in 2019 – approximately 390,000 of which are Texans. Between 2000 and 2018, deaths resulting from stroke, HIV, and heart disease decreased, whereas reported deaths from Alzheimer’s increased 146.2%.

Worse, the picture has gotten worse over time as more information about the disease and how it impacts people comes to light.

Looking at the issue nationally doesn’t improve the state of Alzheimer’s disease in America.

Alzheimer’s and related dementia is expected to double within the next 50 years, and Latinos could see the most significant rise in these illnesses, according to CDC data.

This has far-reaching implications for America’s largest minority group’s future health, especially in states like Texas.

That’s why civic leaders and advocates around the country are working to change the landscape.

The Texas Department of State Health Services (DSHS) announced its plans to join the Alzheimer’s Association and the CDC to develop the “Healthy Brain Initiative, State and Local Public Health Partnerships to Address Dementia- The 2018-2023 Road Map” project. 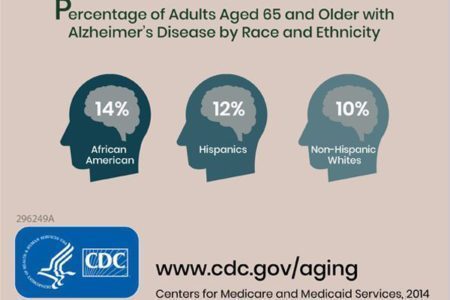 This program will provide a wide range of resources for Texans in need. The issue will be tackled on a variety of fronts, including:

“The state plan encourages coordinated effort among Texas stakeholders to address the needs of Alzheimer’s disease and other dementias and ensure the health and well-being of Texans,” the groups say in a recent statement.

The Partnership is coordinated by the ADP and includes stakeholders from across Texas who are part of community support organizations, medical and service organizations, etc.

Moreover, the state plan hopes to act as a resource for stakeholders across the state by encouraging a coordinated effort among the various Texas groups working to lessen the disease’s burden.

Some of the strategies and activities are related to providing caregiver support.

Why Is an Alzheimer’s Caregiver Program Important for Latinos?

Many of those providing support to Alzheimer’s patients are family members.

So the support that programs like the one in Texas could provide many benefits, according to Maria A. Gallegos, a researcher with DePaul University’s School for New Learning.

She further outlines these thoughts in her recent “Alzheimer’s Outreach Best Practices Guide for the Latino Community” report.

“Family is the heart of the Latino culture, and there is an expectation that children will take care of their aging parents,” Gallegos writes. “Latino caregivers spend more hours a week giving care and taking on the more intensive caregiving needs than caregivers from other ethnic groups.”

Nearly half of all caregivers (48%) who provide help to older adults do so for someone with Alzheimer’s or another dementia, according to an Alzheimer’s Association report.

“In 2019, caregivers of people with Alzheimer’s or other dementias provided an estimated 18.6 billion hours of informal (that is, unpaid) assistance, a contribution to the nation valued at nearly $244 billion,” they state.

What Is Happening with Alzheimer’s Disease Research at UT Health San Antonio?

There is movement on this issue in South Texas.

University researchers are also studying the impact of COVID-19 on the brain and Alzheimer’s disease.

Now, UT Health San Antonio researchers are recruiting caregivers from anywhere in the U.S. for their research, “Daily Study of Caregiving Relationships and Health.” Moreover, they are trying to make sure those studies include at least 50% of Latino caregivers. 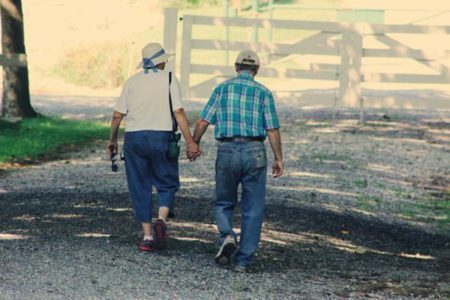 Learn more about the latest research on Alzheimer’s and its implications concerning health among Latinos: