The United States is one of the world’s financial powerhouses, but COVID-19 is causing economic unrest and uncovering a growing wealth divide.

In fact, half of households are experiencing monetary problems amid the COVID-19 outbreak in the nation’s four largest cities, all of which have large Latino populations—New York City (29.1% Latino), Los Angeles (48.6%), Chicago (29%), and Houston (44.8%)—according to a recent study from the Robert Wood Johnson Foundation (RWJF).

These new data reveal the problem is mainly impacting Latinos and other individuals facing disadvantage, according to Dr. Robert Blendon, professor of Public Health and Political Analysis at the Harvard T.H. Chan School of Public Health.

“These communities remain so vulnerable and in some serious trouble,” Blendon, a co-director of the survey, told ABC News. “We hear those PSAs that say – we’re all in this together. It turns out, that’s not correct: what we see in the survey is, if you earn less, every increment down, you have more troubles. And if you’re Latino, or Black, your problems are dramatically more serious.”

What Does the Data Show?

While the study’s definition of “facing serious financial problems” covers a lot of ground, the main takeaway is that too many households are struggling to economically stay afloat.

Moreover, one of the areas of genuine concern—as the coronavirus pandemic is a health disaster—is many American residents’ lack access to medical care.

“This pandemic has revealed glaring problems in the nation’s health care system,” Dr. Richard Besser, RWJF’s President and CEO, said in a recent statement. “At a time when a significant number of people need health care most, many cannot get it. We need to be able to provide safe, affordable care for people with COVID-19, as well as for the many with chronic medical conditions so rampant in America.

“It is unacceptable that in a wealthy nation like ours factors such as income or race play such a big role in health care access.” Those who are facing significant harm were found to be a part of at least one of three groups:

These individuals and families are facing issues as a result of economic hardship, including little to no healthcare coverage, housing complications, food insecurity, and a host of other issues.

What Does the Data Show About Communities of Color?

The numbers only get worse when race is considered, yet another facet of the glaring inequities and inequalities impacting minority groups in the country.

“It’s not a pretty picture,” Dr. Julie Morita, executive vice president of RWJF, told ABC News. “People struggling to make ends meet and struggling to meet the basics – basically living on the edge. And then what pandemic does – is just push them over the edge.”

The data showed that “serious financial problems” is impacting:

Worse, there has been little relief provided to those found in these groups, which will have long term consequences if nothing is done to provide economic support — especially for future generations.

“When it comes to caring for children, majorities of households with children in New York (60%), Los Angeles (69%), Chicago (51%), and Houston (60%) report experiencing serious problems during this time,” the researchers write in a recent statement. “This includes sizable shares of households with serious problems keeping children’s education going, helping children adjust to major life changes, finding childcare while working, and finding space for children to get physical activity while maintaining a safe distance from others.”

The most important thing everyone can do right now is advocate for systemic change to the way we operate as communities, states, and a nation, according to RWJF’s Dr. Morita.

“I’m hopeful this will motivate us to move forward with policies that will really address the structural barriers that have been out there for so long,” Morita told ABC News. “What can we do to help people keep off that edge, to a better living baseline when the next pandemic comes – because we know there will be another one – and we can prevent these inequities from occurring again.” 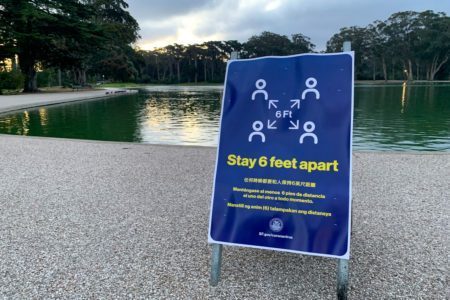 One way to do this is by downloading the free Salud America! “Get Your City to Declare Racism a Public Health Crisis Action Pack”!

The post Report: COVID-19 Is Causing Money Trouble for Half of Families in Major Cities appeared first on Salud America. 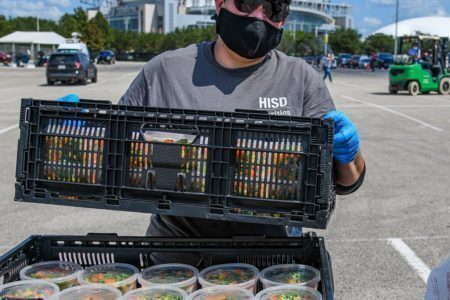 A lack of access to healthy, nutritious foods has harmed countless minorities for years. This problem has only gotten worse during the coronavirus pandemic. One in 10 Black and Latino families struggle with food insecurity, which is being without reliable access to a sufficient quantity of affordable, nutritious food, according to a recent report from the Census …
The post Food Insecurity Rocks Communities of Color Amid COVID-19 appeared first on Salud America.

Cancel reply
Report: COVID-19 Is Causing Money Trouble for Half of Families in Major Cities