When Joe Biden takes the presidential office on Jan. 20, 2021, he’ll bring cabinet members from a variety of backgrounds and walks of life.

Biden’s cabinet is the most diverse presidential cabinet in history.

There are more people of color and women than any previous cabinet and also has LGBTQ and Native American representation.

Why does this matter?

Having diverse government leaders can lead to more inclusive and equitable policies.

Let’s take a look at who is joining Biden’s diverse cabinet.

Who are the Latinos in Biden’s Cabinet?

Biden will have several Latinos in cabinet positions, bringing representation to an area in government that has historically been predominately white.

Some of the Latino politicians joining Biden’s cabinet are Alejandro Mayorkas, Miguel Cardona, and Xavier Becerra.

Majorkas is nominated to be the Secretary of the Department of Homeland Security. Majorkas was born in Cuba and would become the first immigrant to head the department if confirmed.

“When I was very young, the United States provided my family and me a place of refuge. Now, I have been nominated to be the DHS Secretary and oversee the protection of all Americans and those who flee persecution in search of a better life for themselves and their loved ones,” Mayorkas wrote in a tweet, according to NPR.

Biden picked Cardona, an experienced educator from Puerto Rico, to be the Secretary of Education.

“It’s not lost on me, the significance of being the grandson of a tobacco farmer who came here for a better life, who despite having a second-grade education was able to raise his family and create that upward mobility cycle,” said Cardona, according to the New York Times.

Cardona will have the difficult task of returning online schools to in-person learning following the COVID-19 pandemic.

Becerra is nominated to be Secretary of Health and Human Services. This role will be vital in combatting the COVID-19 pandemic and coordinating vaccine distribution.

“As Secretary of Health and Human Services, I will build on our progress and ensure every American has access to quality, affordable health care — through this pandemic and beyond,” Becerra said in a tweet, according to AP News.

Having a Latino at the forefront of the health response will be significant as the COVID-19 pandemic has disproportionally hurt Latino communities.

Who Else is Joining Biden’s Cabinet?

“Almost half of nominees for cabinet and cabinet-level positions announced so far are people of color, including African Americans General Lloyd Austin as secretary of Defense and Representative Marcia Fudge as Secretary of Housing and Urban Development,” said Marc Morial, president and CEO of the National Urban League, in a statement.

Biden has since selected Linda Thomas-Greenfield as United Nations Ambassador and Michael Regan as the head of the Environmental Protection Agency, bringing historic Black representation to the cabinet. 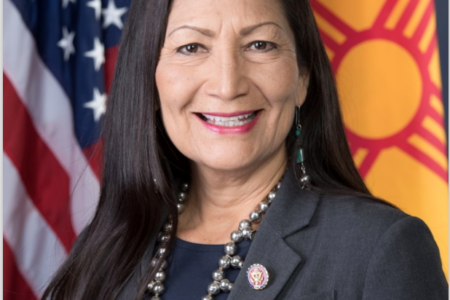 Not only does Biden’s cabinet team boast Latino and Black representation, but also Native American.

Biden selected Deb Haaland, a congresswoman from New Mexico, to be the Secretary of Interior. This representation is important for a role that oversees natural resources and advocates for tribal communities.

“A voice like mine has never been a Cabinet secretary or at the head of the Department of Interior,” Haaland said in a tweet, according to the National Law Review. “I’ll be fierce for all of us, our planet, and all of our protected land.”

“Pete’s nomination is a new milestone in a decades long effort to ensure LGBTQ people are represented throughout our government – and its impact will reverberate well beyond the department he will lead,” said Annise Parker, president and CEO of the LGBTQ Victory Institute, according to NBC News. “It distances our nation from a troubled legacy of barring out LGBTQ people from government positions and moves us closer to the president-elect’s vision of a government that reflects America.”

Although Biden’s cabinet is the most diverse in history, there is still room for improvement.

Advocates and members of the Congressional Hispanic Caucus (CHC) have questioned why a Latina has not yet been selected as a cabinet member.

“We will continue to push for a Latina to serve in President Biden’s cabinet,” said Joaquín Castro, a Democratic representative of Texas and chairman of the CHC, according to NBC News. “The Transition Team is aware of many talented and well-qualified Latinas for various cabinet posts.”

Other critics point to how some of the diverse representation feels inauthentic and that cabinet members should be appointed because they have the right qualifications, not just as a token minority. 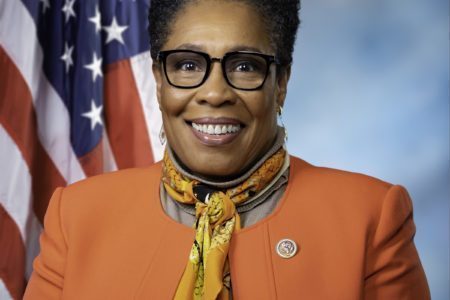 For example, Marcia Fudge is a Black woman who was nominated to be Secretary of HUD, even though her experience and interest was in the department of agriculture.

“The progress feels shallow,” writes Vanessa Bee for The Intercept. “Black and brown faces are being crudely shifted across a limited number of Cabinet spots to fulfill the primary goal: the ability to boast, as President-elect Joe Biden has begun to, ‘the most diverse Cabinet anyone in American history has ever announced.’”

Diversity and representation must be authentic, not just to fill a quota.

Although the upcoming administration’s cabinet picks won’t satisfy everyone, they remind us why diversity is important.

Why are Diversity and Representation Important?

Having more Latino and Black people in governmental positions has many benefits.

More diversity in government means a better represented population, according to Inclusive America.

“By 2040, the United States of America will be a minority-majority country. Yet, in 2018, 93% of the people running the federal government were White, and 80% of them were men,” according to the Inclusive America website. “The current make-up of our government does not reflect the nation’s current or growing diversity, and also fails to fulfill our founding fathers’ constitutional promise of a nation that is ‘of the people, by the people, and for the people.’”

“The inclusion of underrepresented perspectives has been proven to develop better outcomes and policies. No one knows the needs of a community better than the people in it. A diverse pool of leaders brings with them a set of unique experiences, opinions, and thoughts on critical issues that help enhance our government’s ability to serve the needs of its entire population, especially historically disenfranchised communities,” according to the Inclusive America website.

Latinos are especially underrepresented in government.

“Nationally, there are an estimated 58.9 million Latinos … yet only about 6,700 elected officials are Latino, according to a 2018 analysis by the National Association of Latino Elected and Appointed Officials, or NALEO. That amounts to a political representation rate of 1.2% in local, state and federal elected offices,” according to USA Today.

Do you want to get involved with government and politics but don’t know where to start?

Read about Salud Hero Wendy Mateo-Pascual who got involved with local civic engagement after immigrating to the U.S. from the Dominican Republic. She’s fighting for more Latino representation in her local government in Charlotte, NC.

You can also get involved in your community by looking at how it equitable it is with a customized Salud America! Health Equity Report Card.

With the report card, you can see how many of your neighbors face inequities in food access, education, income, health care, and much more.

Email your Health Equity Report Card to community leaders, share it on social media, and use it to make the case to address food insecurity where help is needed most!

Editor’s note: Photos in main graphic via house.gov and the Hartford Courant.