Neighborhoods with large populations of people of color also have high rates of chronic disease, less access to healthy foods, and other systemic injustices.

These factors can lead to worse health outcomes.

Researchers here have linked neighborhood characteristics to worse physical and mental health outcomes in this largely Latino, rural region, according to a recent study in the American Journal of Health Promotion.

The Neighborhood Study and Its Findings

The study examined nearly 500 Latinos on the Texas-Mexico border. 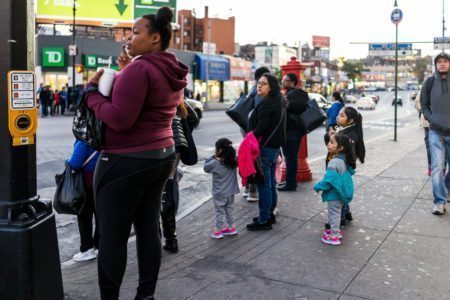 “The neighborhood environment is a meaningful contextual variable to consider for health-related interventions in Hispanic/Latino adults, though more study is needed regarding the magnitude of the estimates,” according to the researchers, including Salud America! Salud Hero Belinda Reininger of UTHealth School of Public Health in Brownsville.

The study highlights an important bottom line: where you live matters for your health.

Community Health and Systemic Injustice Across the US

Despite what some might think, neighborhoods remain very segregated across the nation.

“Not only are most of our major metropolitan regions and cities highly segregated, but we find that nearly 81 percent American cities and metropolitan regions are more segregated today than they were in 1990, after more than two decades of federal policy applied to this problem,” according to a recent report from UC Berkeley’s Othering and Belonging Institute.

Segregation has an impact on health and wealth among people of color.

“It’s the racial identity of the neighborhood you live in, and whether it is segregated or not, that really correlates with these negative outcomes,” said Stephen Menendian of the UC Berkeley Othering and Belonging Institute. “And these outcomes have gotten worse over time. If you measure what the average neighborhood looks like for a particular racial group, you actually see that we are as segregated today as we were in 1940.”

And this segregation continues to impact health among people of color.

“The disproportionate use of police brutality against people of color in America,” The UC Berkley report states. “Higher COVID-19 death rates of Black and Latinx people in the health care system. Lower percentages of homeownership and loans approved in Black communities. Society often labels these disparities as racism or prejudice against individuals with specific racial identities.”

There were several key findings from the UC Berkeley report: 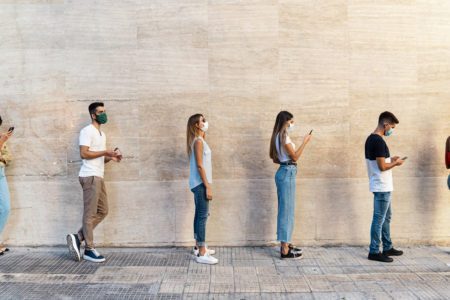 This can impact long-term outcomes.

According to the report, Black and Latinx children raised in integrated neighborhoods earn nearly $1,000 more annually as adults and $4,000 to $5,000 more when raised in white neighborhoods, compared to those raised in segregated communities of color.

Moreover, household incomes and home values in white neighborhoods are twice as high as those in segregated communities of color.

Worse, the issues impacting the Latino community are not being discussed at the national level.

This is evident in news coverage of COVID-19.

Even though Latinos suffer higher COVID-19 case and death rates than their peers and lower vaccination rates, this group received only 2% of news media coverage, according to a data search by the Berkeley Media Studies Group (BMSG).

“That’s what structural racism looks like,” said Dr. Georges Benjamin, executive director of the American Public Health Association, according to KHN. “Those groups were seen and not heard — nobody thought about it.”

The South Texas researchers suggest deeper research on the neighborhood characteristics that set the stage for poorer health outcomes among Latinos.

You can also advocate for those who need the most help in your town.

The report card allows you to see what access your community has to healthcare, food, education, and other resources. You can help advocate for your neighbors and present the Health Equity Report Card to your city’s leadership!