Mechanism of Discrimination: The Problem of System Justification

System Justification Is a Key Mechanism People Use to Excuse Discrimination among People of Color, Those in Poverty

System justification is the label for a social psychology theory asserting that people will rationalize the status quo, as they believe that the social, economic, and political systems must be fair and advantageous, otherwise they would not be in place.55

In other words, the theory states that there is a general subjective motive justifying the existing socioeconomic order; that motive is partially responsible for creating and maintaining the inferiority of racial/ethnic and other minority groups and is largely implicit; and the motive may be strongest among those who are most harmed by it.56 The majority of Americans accept the current system as fair and legitimate, even those in the lowest SES group.57

System justification is a “potentially strong motivator of human behavior because it addresses fundamental human needs to reduce uncertainty, threat, and social discord,”58 and can make people feel better, happier and more satisfied with the status quo on an emotional level.59

But it also can also interfere with and hinder efforts to promote social justice, such as the rich-poor gap or racial/ethnic disparities and inequities.60

Hennes et al.61 conducted a study of American-born research participants; 84% of the participants identified as white or European American, and the sample was on average slightly liberal: 42% were Democrats, 34% were Independent, and 14% were Republicans, while 10% selected an affiliation of “other” or “none.” The authors wanted to determine how epistemic, existential, and relational needs affected system justifying behavior.61

Participants answered a questionnaire that assessed these measures; epistemic needs were assessed via statements such as “I only think as hard I have to” and “I really enjoy a task that involves coming up with new solutions to problems,” existential needs were assessed via the rating of statements related to death anxiety, including “it annoys me to hear about death” and “I get upset when I am in a cemetery,” and relational needs were assessed using a scale that measured participants’ need to share their worldview with others. System justification was measured via agreement or disagreement with statements such as “most people who don’t get ahead in our society should not blame the system; they have only themselves to blame.” Finally, the participants were asked their feelings about several sociopolitical issues, such as the Tea Party movement, the Occupy Wall Street movement, and the Ground Zero mosque.61 Results of the study showed that all three of the needs measures — epistemic, existential, and relational — were significantly associated with higher system justification scores (all P < 0.050). Regarding sociopolitical movements, economic system justification was positively associated with support for the Tea Party movement and negatively associated with support for the Occupy Wall Street movement (both P < 0.001). These results support the hypotheses that greater epistemic, existential, and relational needs are associated with support for system-justifying ideologies; in other words, those who exhibited greater system-justifying beliefs had a lower need for cognition, greater death anxiety, and a stronger desire to share their reality and worldview with others. Those who supported system justification ideologies were more likely to support the pro-business, pro-traditional American values Tea Party movement, and were less likely to support Occupy Wall Street, a movement with the goal of restoring social and economic justice and democracy.61

In a 2016 study, Godfrey and Wolf55 structured in-depth interviews with 19 low-income Dominican, Mexican, and African-American mothers of infants. Bilingual field workers visited the women in their homes every eight to ten weeks and conducted semi-structured interviews. The third interview occurred when the children were about one year old and dealt with the economic circumstances of the family, including economic hardship experiences, survival strategies, attitudes toward the government and community services, and beliefs about economic opportunity, inequality, and mobility in the United States.55

System-justifying behavior is evident not only in adults but in children and adolescents. In a longitudinal study of sixth-grade students, Godfrey et al.55 examined whether there are associations between system-justifying behavior and mental health, and whether the association changes over time. Data from the study was collected in three waves from students at an urban middle school in the Southwestern United States. The school staff was largely white with an ethnically-diverse student body; 53.2% of the students were Latino, and 81% were economically disadvantaged.55

The three waves of data collection were spaced approximately eight months apart. All participants were in sixth grade during wave one, and all were from low SES families. There were 257 total participants, 55 of whom were Latino. The participants completed a questionnaire at each wave; the questionnaire measured system justification, self-esteem, mental health symptoms, deviant behavior, classroom behavior, and perceived discrimination.55 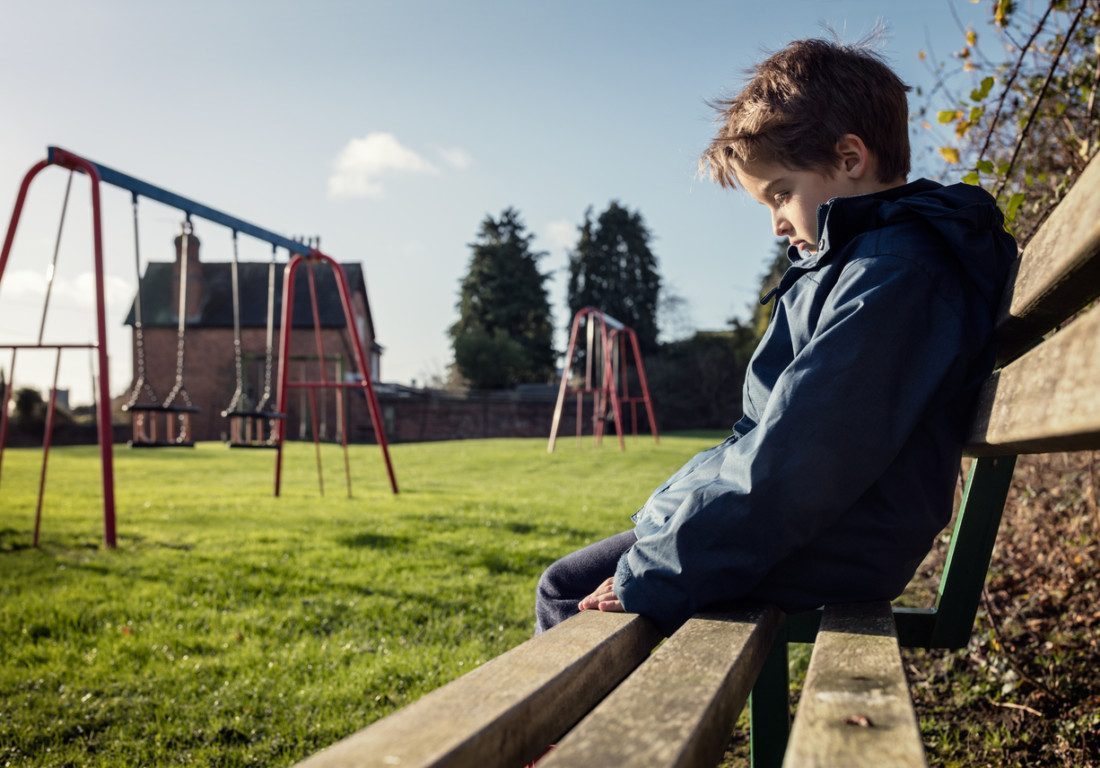 Results of the study showed that system justification was highly correlated with high self-esteem at wave one but was correlated with declining self-esteem over time; similar results were seen with the association between system justification and classroom behavior. There was no significant association, either initial or over time, between system justification and symptoms of anxiety or depression. System justification was significantly negatively associated with deviant behavior in sixth grade (P = 0.05) but was significantly positively associated with increases in deviant behavior through early adolescence. Youth who perceived high levels of discrimination in early adolescence were also significantly more likely to have increased deviant behavior by eighth grade (P < 0.001). The authors surmised that believing in the fairness of the system may influence younger adolescents to behave well in school due to feeling that success depends on their individual effort in school, but this may wane over time as children are able to recognize how they are treated by the sociopolitical and economic systems.55

The average family income was $28,298 in the year prior to the child’s birth; the mean age of the mothers was 27 years at the 14-month data collection wave. System justification, psychological distress, and child externalizing behavior scales were administered to participants. System justification and maternal mental health data were collected at each of the three waves, and child externalizing symptom data were collected only at wave three.62

System justification at 14 months was significantly negatively related to psychological distress at 24 months, and. there was a significant positive association between psychological distress at an earlier wave and child externalizing behavior at a later wave. Overall, the results of this study suggest that members of disadvantaged groups do not receive any mental health benefits from engaging in system justifying behavior, as has been seen in advantaged groups, where opposition to equality has been positively associated with self-esteem, and negatively associated with depression and neuroticism. In addition, the results show that immigrants may be more motivated to justify the U.S. system than those who are native born, as the immigrant women in this study reported significantly higher system-justifying behavior than the native-born African American participants; this data is consistent with system justification theory.62

System Justification and the ‘Poverty Mindset’

People living in poverty are also victims of the so-called “poverty mindset.”

This mindset occurs as income instability fosters an environment of scarcity and chaos, requiring sufferers to manage their resources more carefully than those who do not live paycheck to paycheck; the all-consuming thoughts about money and money management create a mental challenge in addition to the financial challenge.

While those with ample or sufficient financial resources may not spend time worrying about what will happen if they have a flat tire or if their car breaks down, these events are significant hardships to someone who lives in poverty. These unforeseen or unanticipated situations lead poor people to borrow money to make ends meet; while others tend to view this as poor money management, for the person living in poverty, the immediate need often usurps the cost down the road, as they must often borrow at extremely high interest rates.63 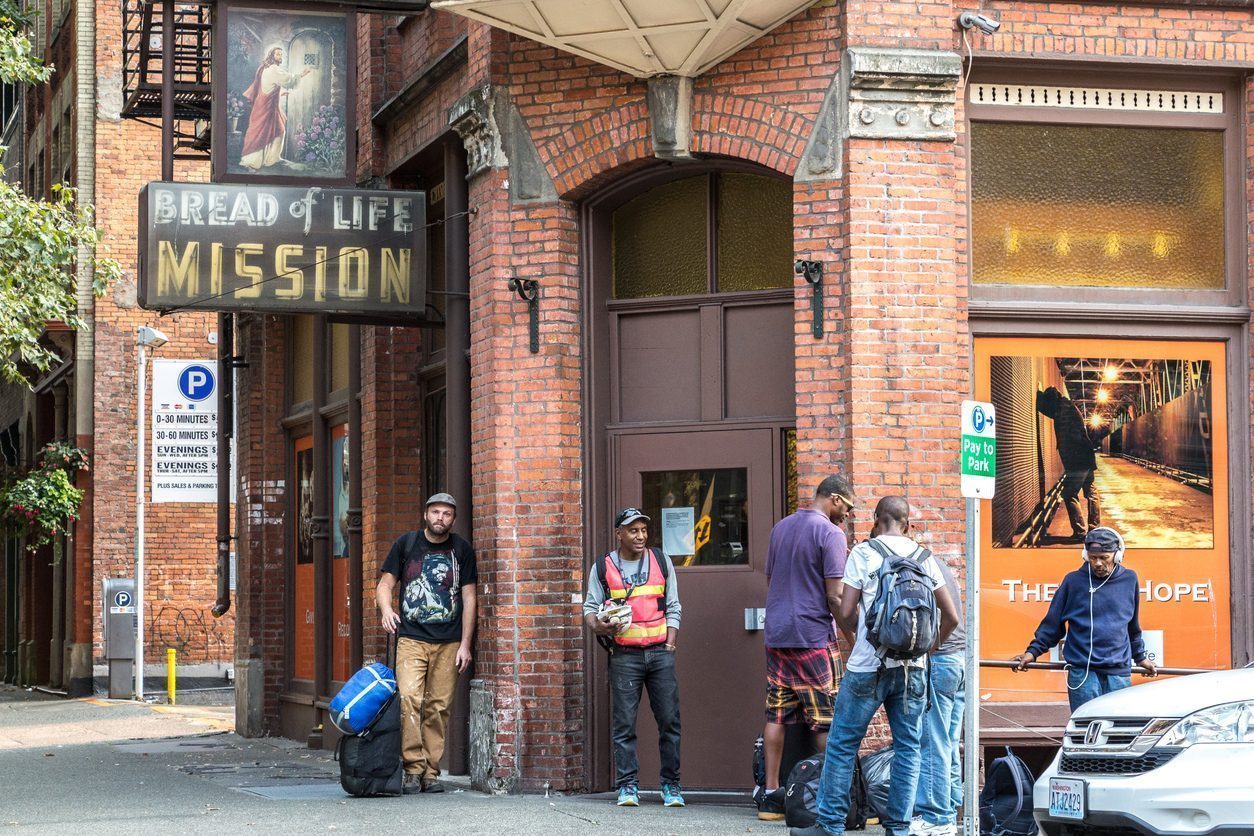 People living in poverty are preoccupied with money and budgeting as a necessity for survival; this preoccupation affects cognitive processes, leaving less cognitive capacity for other tasks. Instead of earning poor people respect for the constant challenges they face, their struggles leave them open to disdain and ridicule by those who are more fortunate; poor people are seen as incompetent, lazy, and unmotivated.

The judgment leveled at those living in poverty has a negative impact on their self-worth and makes some less likely to participate in government programs out of embarrassment.63

Still, there is some poll-based evidence that Americans are at least increasingly acknowledging the plight of those in poverty. A growing share of Americans (65%) say the main reason a person is rich is because they possess more advantages than other people (rather than worked harder); and most (71%) say the main reasons a person is poor because they have faced more obstacles in life (rather than because they have not worked as hard), according to Pew Research Center surveys between 2014 and 2020.64

See the full guides on the other key mechanisms of discrimination »

58. Jost JT. A Theory of System Justification: Is There a Nonconscious Tendency to Defend, Bolster and Justify Aspects of the Societal Status Quo?; 2017. https://www.apa.org/science/about/psa/2017/06/system-justification. Accessed June 15, 2020.

The post Mechanism of Discrimination: The Problem of System Justification appeared first on Salud America.