“Ever wondered why your neighborhood looks how it does?”

Jennifer Rangel once asked herself this question.

To find an answer, Rangel, got a master’s degree in urban planning.

Along the way, this Latina planner learned that discriminatory urban planning practices, like the zoning of land, had been used for white advantage for over a century, segregating communities and forging inequities in health and wealth among Latinos and other people of color.

So she helped create workshops─then bilingual animated videos─ to train neighborhood leaders, social workers, and others about zoning and how to get involved in zoning changes.

“Understanding zoning is a critical step for residents as they try to undo previous harms and to remedy policies and practices that perpetuate the harmful effects of discrimination and segregation” Rangel wrote on the Inclusive Communities Project website.

Urban Planning is Rangel’s ‘Way to Give Back’

There she learned about two other majors: recreation, park, and tourism sciences and urban planning.

Rangel wanted to better understand her surroundings and the environment, so she majored in one and minored in the other.

She took her education even further with a master’s degree in urban planning.

In the classroom, she learned about injustices in housing policies and practices, like redlining. These are connected to worse social, health, and economic outcomes among Latinos and other people of color.

Thinking back to Dallas, Rangel recognized it.

She knew that some neighborhoods did not have the same opportunities and resources as other neighborhoods. Inequities in urban planning unfairly harmed some people.

“Discriminatory policies of the past are manifesting in what we see today,” Rangel said. “Urban planning was my way to give back.”

Outside the classroom, Rangel learned about the Latino Urbanism movement.

She met the movement’s founder, James Rojas. She was fascinated by his work engaging Latinos in the urban planning process, elevating their needs after being ignored for so long.

“Latino urbanism was such a beautiful concept to me,” Rangel said. “But it’s not spoken about in classrooms.”

Like Rojas, Rangel wanted to explore urban planning beyond design and the built environment.

She wanted to focus on people.

Rangel completed her master’s thesis on Latino Urbanism in her childhood Oak Cliff neighborhood in Dallas by interviewing 13 residents and business owners.

People wanted information and help as both homeowners and business owners to build capital and security, particularly for their children. However, people were worried that new development and investments would push them out, a concern known as displacement.

“A lot of these people have ‘ganas,’” Rangel said in a StoryCorps interview. “They have willingness to keep pushing forward, but they have lack of access to capital and information.”

Rangel came up with three recommendations for city leaders to better understand and meet the needs of the Latino populations they serve:

After grad school, she moved back to Dallas to help her Latino community deal with unfair urban planning practices.

In 2018, began working at the Inclusive Communities Project as the planning and community outreach director.

Taking her own recommendations, she started a project to inform and engage community residents about city planning practices that simultaneously reinforce segregation and threaten displacement.

But first, a little about the fair housing nonprofit Rangel works for, the Inclusive Communities Project.

ICP promotes fair housing in many ways. They:

Rangel even invited Rojas to present his PlaceIt methodology to ICP, and help neighborhoods with community visioning, which is the first is developing a plan.

For example, ICP sued the U.S. Department of Housing and Urban Development (HUD) because the methods they used to determine fair market rent levels for housing voucher subsidies priced low-income families out of high-opportunity neighborhoods.

Before the lawsuit, HUD determined fair market rents at the county or multi-county level.

However, rent averages vary greatly across counties. Rents double in wealthy neighborhoods compared to low-income neighborhoods in some areas.

Determining fair market rents at the multi-county level ignores this wide variety in rental costs and sets the voucher subsidy too low. This prices voucher holders out of the wealthier neighborhoods and limits their options to racially segregated, low-opportunity neighborhoods.

“Between 2000 and 2010, voucher holders in the nation’s 50 largest metropolitan areas became more concentrated and more likely to live in neighborhoods with poverty rates at or above 30 percent,” according to Will Fischer with the Center on Budget and Policy Priorities.

ICP sued because they argued that HUDs practice limits housing options for vouchers holders and perpetuates racial and economic segregation.

Choice is what fair housing is supposed to be all about.

In 2011, ICP settled this major lawsuit against HUD resulting in the use of Small Area Fair Market Rents. This sets fair market rent levels for housing voucher subsidies at the zip code level, rather than at a multi-county regional level.

“[The lawsuit] opened up the ability for many more [Dallas public housing authority] voucher holders to move to high opportunity areas,” said ICP President, Demitria McCain according to Texas Housers.

McCain worked for 19 years as a legal services attorney for fair housing.

Under McCain, ICP also sued the Texas Department of Housing and Community Affairs (TDHCA), claiming that how they awarded federal housing tax credits in the Dallas area had a “disparate” racial impact.

Over decades the TDHCA awarded many millions of dollars through the Low Income Housing Tax Credit (LIHTC) program to private developers to build affordable apartments in Dallas, according to John Henneberger with the Texas Housers.

The problem is where TDHCA chose to locate the apartments year after year—in low-opportunity neighborhoods in South Dallas, rather than in wealthier neighborhoods with greater opportunity.

A federal judge in the U.S. District Court for the Northern District of Texas Dallas Division agreed, ruling that the way the state housing agency awarded the federal housing tax credits in the Dallas area has a “disparate” racial impact, violating the Fair Housing Act.

“We try really hard to push back fair housing barriers without litigation,” McCain said. “Sometimes the bad guys are so aggressive, they aren’t willing to listen or comply. When you are at your last straw, you have to use litigation to get people to do right thing.”

How Zoning and City Codes Perpetuate Racial and Economic Segregation

As Rangel knows, city codes are the ordinances that regulate people and property, like building codes and land use regulations.

Zoning is a type of land use regulation.

Zoning divides and regulates how land can be used. 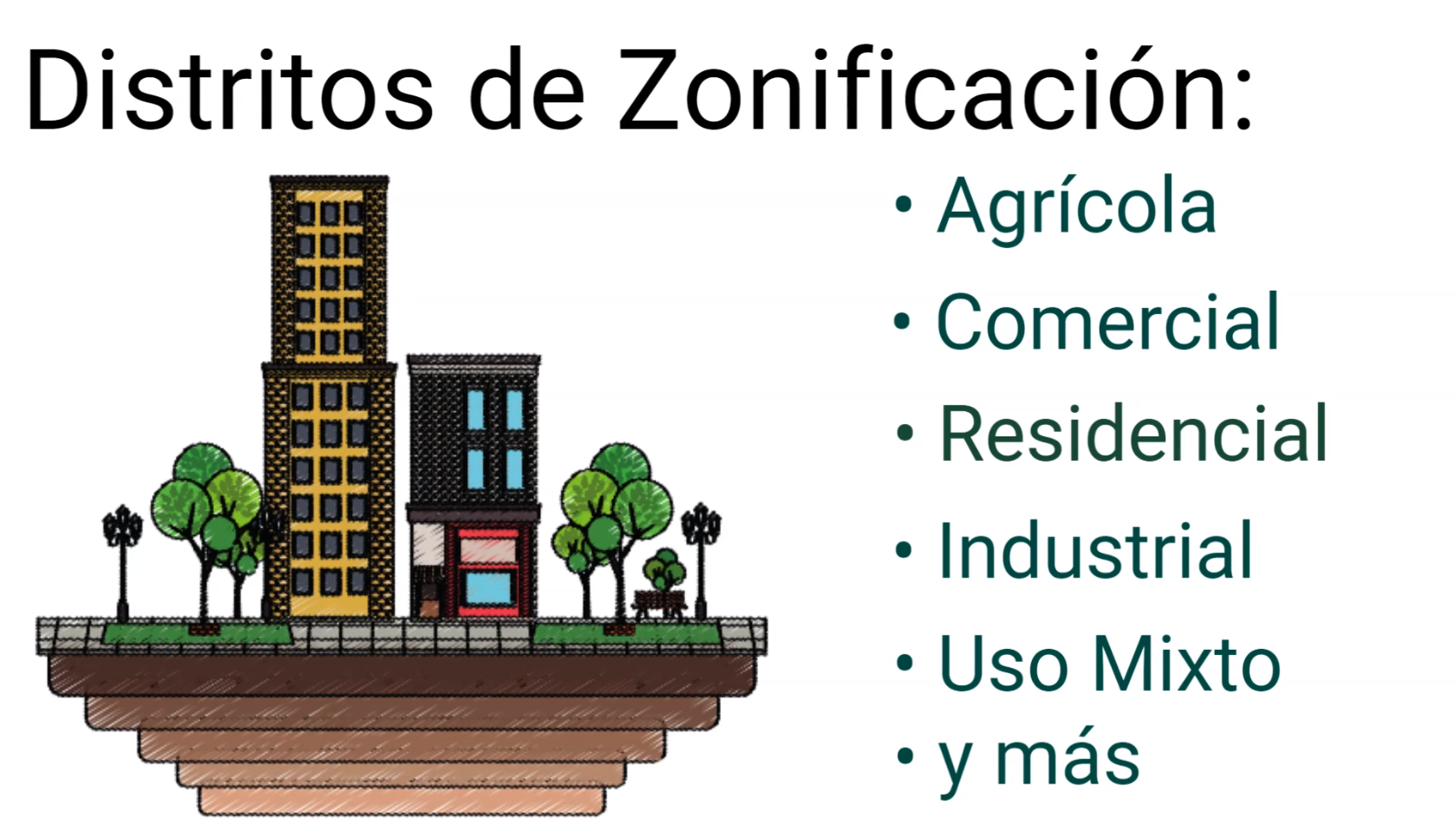 This makes sense when it comes to heavy industrial manufacturing and residential development.

It gets questionable when it comes to how cities divide land for residential use and where cities locate industrial plants.

For example, on most residential land across the country, zoning prohibits everything but a single-family detached house, which typically has a minimum lot size and minimum house size requirement.

In addition to racially discriminatory housing practices, such as redlining, this exclusionary land use practice reinforces racial and economic segregation.

“Zoning should promote the public health, safety, and general welfare of all regardless of someone’s race, ethnicity of socioeconomic status,” according to ICP.

That’s why urban planning scholars and practitioners have called for the end of single-family zoning for years.

They argue there is no defensible rationale grounded in health, safety, or public welfare for mandating one 3,000-ft2 house while prohibiting three 1,000-ft2 houses; single-family zoning is a link in a “chain of exclusion” of people of color and low-incomes; and eliminating single-family zoning is planners’ professional and ethical responsibility.

In conjunction with these discriminatory aspects of single-family zoning, many industrial plants and waste sites are located near low-income, minority residences.

“We must go about undoing redlining and similar discrimination with the same intentionality that was used to put it into place and perpetuate it,” Inclusive Communities Project posted on Facebook. 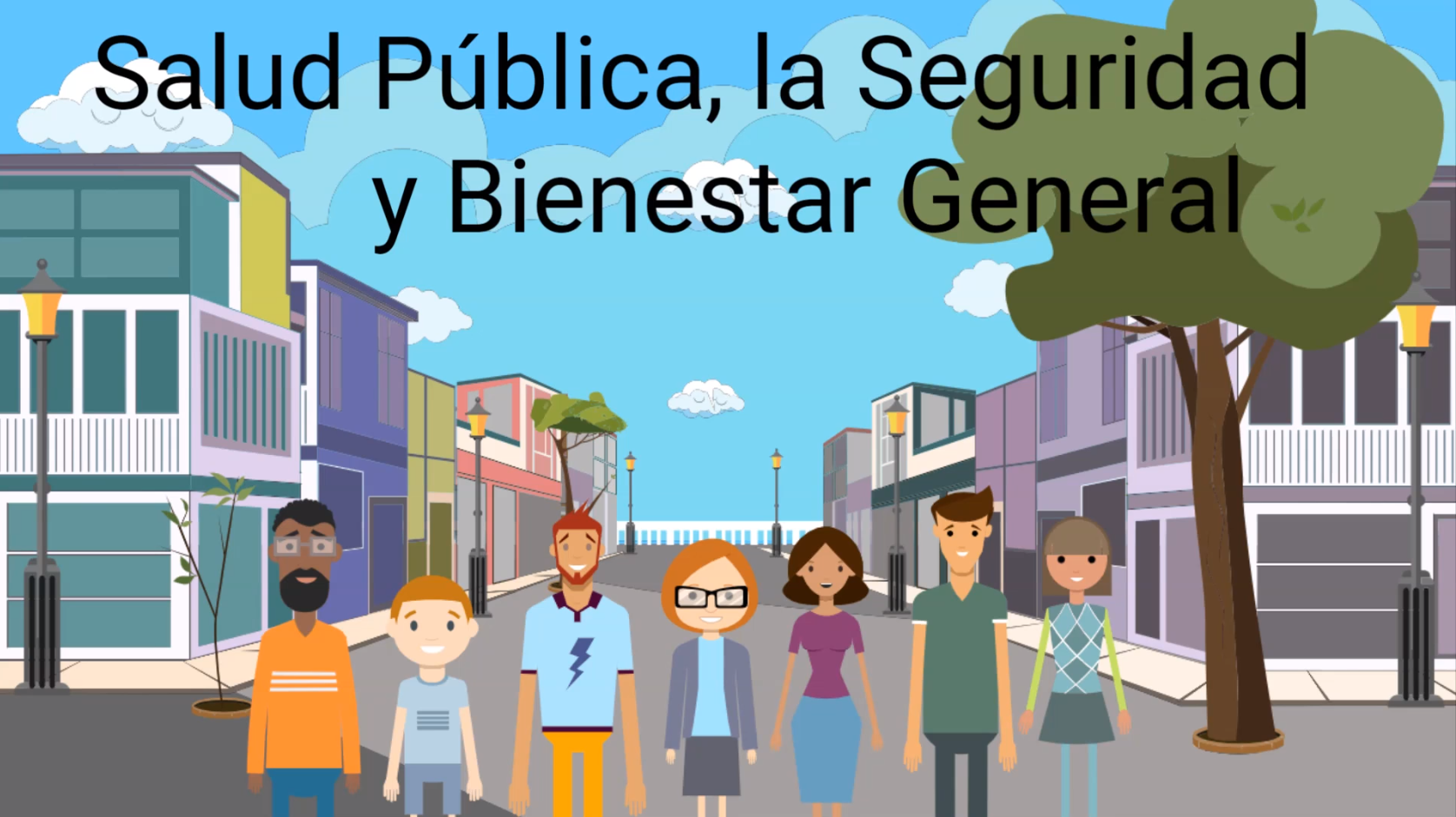 Rangel found problems with the city code in Dallas.

City codes, often full of jargon, can be complex and confusing as is.

And in Dallas, city codes were not available in Spanish—although they are in neighboring cities like Austin.

Thus, Rangel found herself having to personally translate city codes into Spanish to help ICP clients and residents navigate the system.

To Rangel, this was another example of discriminatory practices that have overlooked and isolated Latinos. After all, Latinos account for 41.7% of the Dallas population.

To flip the script on a century of discriminatory zoning, Rangel and McCain decided they needed train residents about zoning and how to get involved in zoning decisions.

But how would they start?

McCain applied for and received a grant from the Texas Communities Foundations to host community workshops to train housing voucher holders, neighborhood groups, social workers, and others to fight for fair housing.

She organized a zoning workshop to help residents stay aware of and have a voice in local changes.

To develop the workshop curriculum, Rangel pulled from her college experience as well as multiple resources, like the American Planning Association (APA). 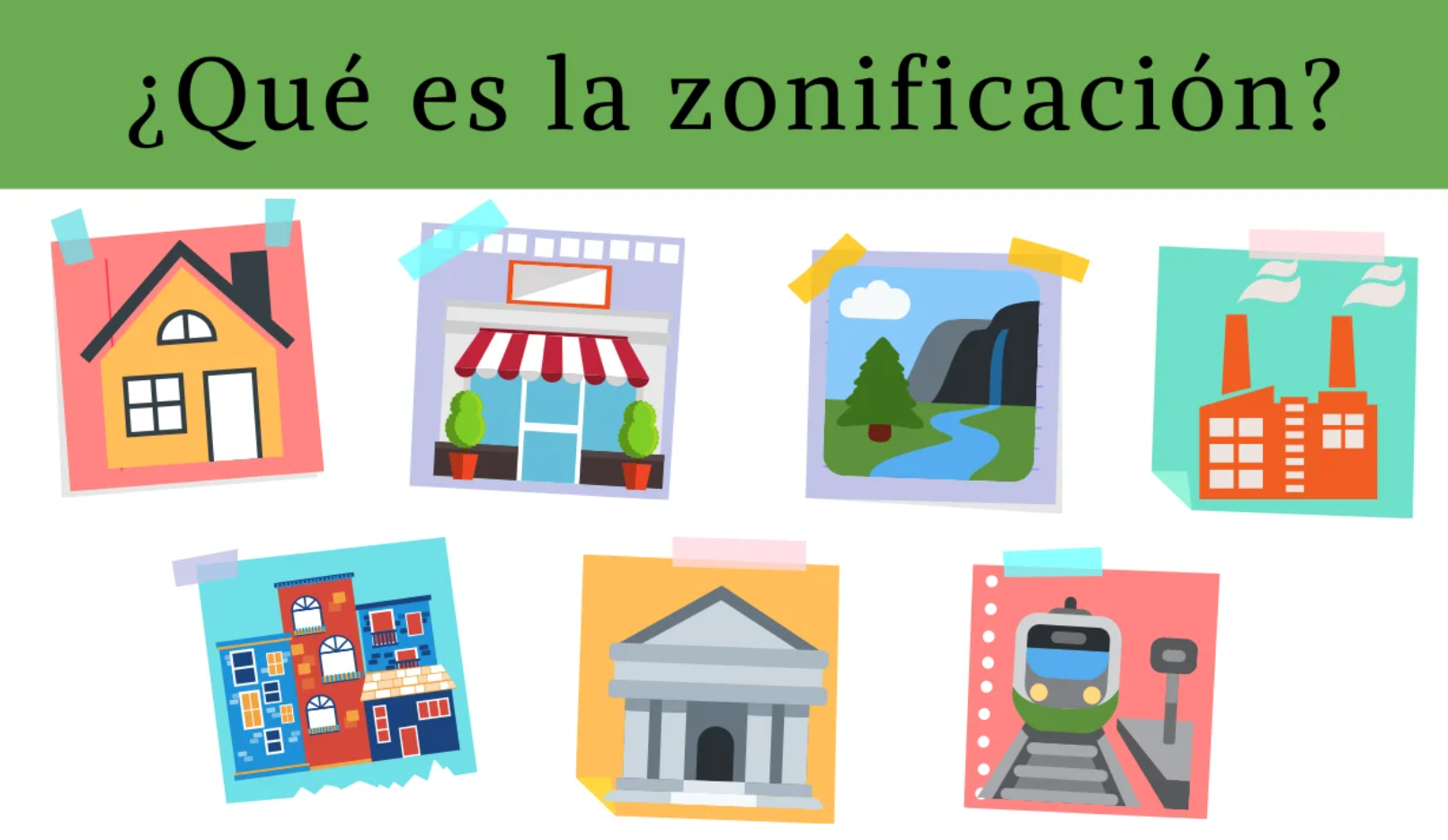 The workshops would explain zoning and how zoning changes happen. They also, thanks to Rangel, walked attendees through mock city council and zoning commission hearings.

“We didn’t just talk about zoning, but we gave people the space to practice speaking up for or against proposed zoning changes,” Rangel said.

“We had sessions for voucher holders and sessions for social workers about how to write letters, prepare an elevator speech, and speak at a podium under timed circumstance,” McCain said.

But Rangel knew the grant for workshops was only temporary. She wanted to create something permanent.

Rangel got the idea for videos that could take the workshops to a digital space.

She and the ICP team worked to create animated cartoons in English and Spanish to explain zoning is, how zoning changes, and how people can speak up.

They released a bilingual guide and three cartoons in March 2020.

How does zoning work?

How does zoning change?

“Because discriminatory zoning negatively affects the health, housing and the quality of life for adults and children, these resources aim to assist Dallas residents in positively influencing government and private industry decisions that impact current residents and the generations to come,” ICP said in a Facebook post.

Listen to Rangel speak about her work: https://archive.storycorps.org/interviews/neighborhood-equity-and-latino-urbanism-in-dallas-tx/ 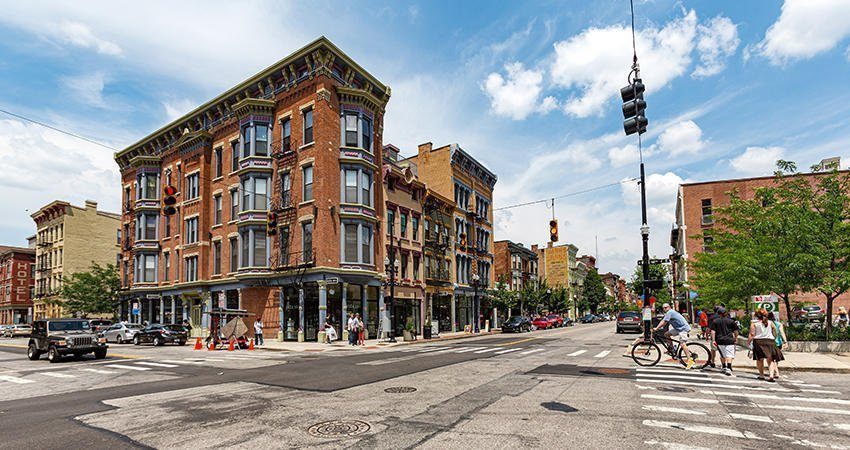 The prospect of homeownership remains out of reach for many Latinos as incomes fail to keep up with rising property values. The community land trust model is a shared ownership model designed to protect people, neighborhoods, and businesses at risk of gentrification and displacement due to development and the upward pressure of urban land markets. …
The post Through Shared Ownership, Community Land Trusts Can Help Retain Housing Affordability appeared first on Salud America.