The U.S. Food and Drug Administration approved a new drug called Aduhelm (aducanumab) to treat Alzheimer’s disease, the most common form of dementia.

Many are applauding the drug and are encouraged by the scientific progress in a field that has long had limited treatment options. Alzheimer’s affects over 6.2 million people in the U.S., with Latinos being 1.5 times more likely to develop it than white people.

“What’s really exciting is that aducanumab is the first new FDA-approved Alzheimer’s treatment in nearly 20 years, and we’re optimistic this will spark a wave of new research and innovation in this space. Patients are excited for that, too, and if aducanumab is the first step toward that brighter future, patients are eager to be part of it,” said Dr. Rany Aburashed, chief of neurology at Memorial Healthcare in Michigan, according to CNN.

However, some are hesitant about the effectiveness of the drug, due to conflicting evidence, potential side effects, and a hefty price tag makes Aduhelm inaccessible to many.

Let’s take a look at the drug itself, some of the controversies surrounding it, and what its approval means for Latinos with Alzheimer’s and their caregivers.

About Aduhelm, the New Alzheimer’s Drug

Aduhelm was produced by Biogen, an American biopharmaceutical company.

With other Alzheimer’s treatments focus on treating symptoms of the disease, Aduhelm targets the brain and the pathophysiology of the disease by reducing the amyloid plaque buildup in the brain.

Researchers studied the efficacy of Aduhelm in three studies with 3,482 participants. Participants receiving the treatment had less amyloid plaque than those in the placebo group.

Because Alzheimer’s is a life-threatening illness, the FDA approved Aduhelm on an accelerated approval pathway. This means it was approved faster than other drugs to address an unmet medical need.

“Alzheimer’s disease is a devastating illness that can have a profound impact on the lives of people diagnosed with the disease as well as their loved ones,” said Dr. Patrizia Cavazzoni, director of the FDA’s Center for Drug Evaluation and Research, according to the FDA press release.

“Currently available therapies only treat symptoms of the disease; this treatment option is the first therapy to target and affect the underlying disease process of Alzheimer’s. As we have learned from the fight against cancer, the accelerated approval pathway can bring therapies to patients faster while spurring more research and innovation.”

Experts are conflicted on Aduhelm as a new treatment for Alzheimer’s.

On the one hand, it presents the first treatment opportunity in almost two decades for a life-threatening illness that is affecting more people every year.

However, there are valid concerns about the efficacy of the drug and accessibility to the public.

An independent committee that advised the FDA on Aduhelm unanimously stated that the drug was not ready for approval.

“The committee had found that the evidence did not convincingly show that Aduhelm could slow cognitive decline in people in the early stages of the disease — and that the drug could cause potentially serious side effects of brain swelling and brain bleeding,” wrote Pam Belluck and Rebecca Robbins, according to The New York Times. 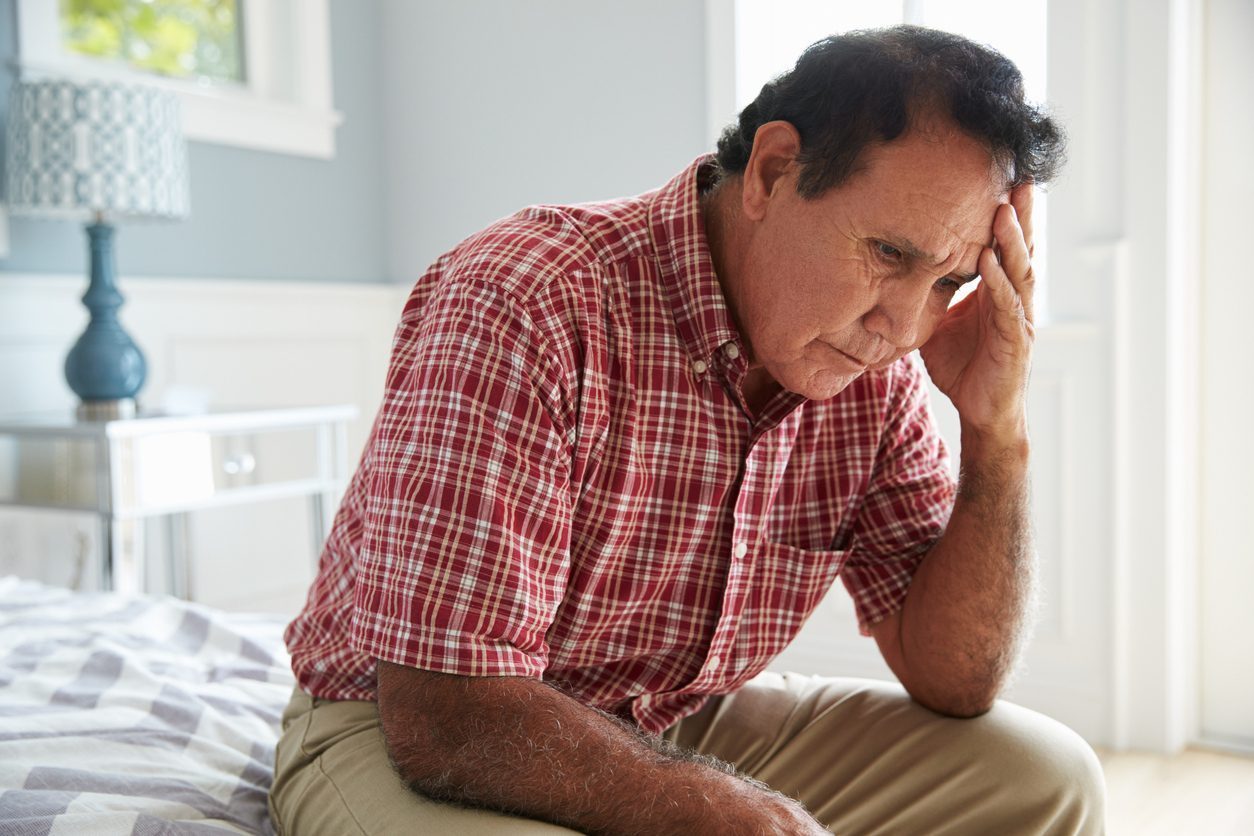 Additionally, scientists have criticized the FDA for approving Aduhelm for anyone with Alzheimer’s when it was only tested on patients with early-stage Alzheimer’s or those with mild cognitive impairments in the clinical trials.

They also note that even if the drug reduces amyloid plaque in the brain, it doesn’t mean patients will regain cognitive abilities.

“While amyloid is considered a biomarker of Alzheimer’s disease because its accumulation in the brain is a key facet of the condition, there has been very little scientific evidence that reducing amyloid can actually help patients by easing their memory and thinking problems,” wrote Belluck and Robbins, according to The New York Times.

That’s not including the costs of MRIs, which will be required to examine the patient’s brain while taking the medication.

This could prove to be a significant barrier to those with Alzheimer’s who don’t have the money or insurance coverage for the drug.

“It is unclear at this point as Medicare and insurance companies will determine whether the cost of medications will be covered,” said Dr. Julia Biernot, assistant professor of neurology at the University of Maryland School of Medicine, according to CNN. “The current estimated cost can certainly be a barrier which affects equitable access to this medication.”

Since the FDA’s approval of Aduhelm, three scientists on the advisory committee have resigned in protest.

“Giving patients a drug that doesn’t work and of course has important risks that are going to require multiple MRIs at a price of $56,000 a year is putting patients in a really challenging position and putting doctors in a difficult position as well,” said Dr. Aaron Kesselheim, a doctor on the advisory panel who resigned, according to The New York Times.

How Does Alzheimer’s Affect Latinos?

Unfortunately, Alzheimer’s is prevalent among Latinos.

Studies show that Latinos are 1.5 times more likely to develop Alzheimer’s than their white peers.

Latinos are also rarely represented in clinical trials. Despite representing 18.5% of the U.S. population, Latinos only make up 4% in FDA drug trials.

One of the reasons for this disparity could be a lack of health literacy.

“There are various barriers to getting involved in research, including health literacy, or what people actually know about Alzheimer’s disease. In the Hispanic/Latino communities, it is often thought of as just a part of aging,” said Luis D. Medina, assistant professor of psychology to press, who believes the solution begins with education.

Latinos are also at risk for Alzheimer’s because of medical conditions that are considered risk factors for developing Alzheimer’s – like high blood pressure, stroke and heart disease – which are all prevalent among older Latinos.

Women of color, including Latinas, face higher rates of Alzheimer’s than white women, due to genetics, lifestyle, and socioeconomic risks.

“Measuring additional biomarkers in the Latino population will provide important clues to guide approaches to target the right disease processes in the right people at the right time,” said Dr. Eliezer Masliah, director of the NIA Division of Neuroscience, according to a press release.

If fewer Latinos participate in clinical trials on Alzheimer’s and other health conditions, researchers have less data on how a drug works in that population.

Latino participation is critical in preventing, diagnosing, and curing diseases and illnesses among the Latino population. When Latinos participate in a clinical trial, they contribute to research that could bring new treatments one step closer to reaching Latino patients across the nation.

To engage more Latinos in Alzheimer’s research, Dr. Amelie Ramirez’s Salud America! program at UT Health San Antonio is creating Latino-focused recruitment strategies and systems for clinical trials. The project is supported by a three-year, $650,000 grant from Genentech, a member of the Roche Group.

“Our new project will allow us to use culturally relevant digital health communications, advocacy networks, and clinical partnerships to promote health equity and advance clinical trials for cancer treatment and Alzheimer’s disease among Latinos,” she said.