Living in segregated cities can have negative impacts on Latino and Black people rather than living in racially diverse areas, according to a new analysis from the University of California Berkeley’s Othering and Belonging Institute.

“U.S. Latinos have a higher life expectancy and earn more yearly income when they live in racially mixed neighborhoods compared to areas that are predominantly Black or Latino, an analysis finds,” writes Russell Contreras, according to Axios.

The analysis highlights areas with recent increases in segregation and the lasting implications that segregation has on life outcomes for Latino and Black children.

What Does the Data Say on Segregation?

The UC Berkeley’s Othering and Belonging Institute released a report in June 2021 after years of investigating racial residential segregation in the United States.

The report details how segregation in the past has impacted neighborhoods, and how it continues even more today.

There were several key findings from the report:

“It is unlikely that we can ever close out racial disparities let alone significantly improve life outcomes for racially marginalized people in a racially segregated society. … Racial residential segregation so effectively sorts people across space and bundles vitalizing resources that no redistribution plan can ever match the swift efficacy of the underlying mechanism,” according to the report.

Implications of Segregation for Latinos, People of Color

As the report mentions, there are many long-lasting negative effects of segregation.

In fact, many of the impacts go beyond future income.

“Segregation remains one of the principal causes of group-based inequality, by separating people from life-enhancing resources, such as good schools, healthy environments, and access to jobs,” according to the report.

Segregation is also leading to worse school environments for Latinos.

Latino children entering elementary schools with fewer white peers than a generation ago, a sign of increasing school segregation, according to researchers in the journal Educational Researcher. 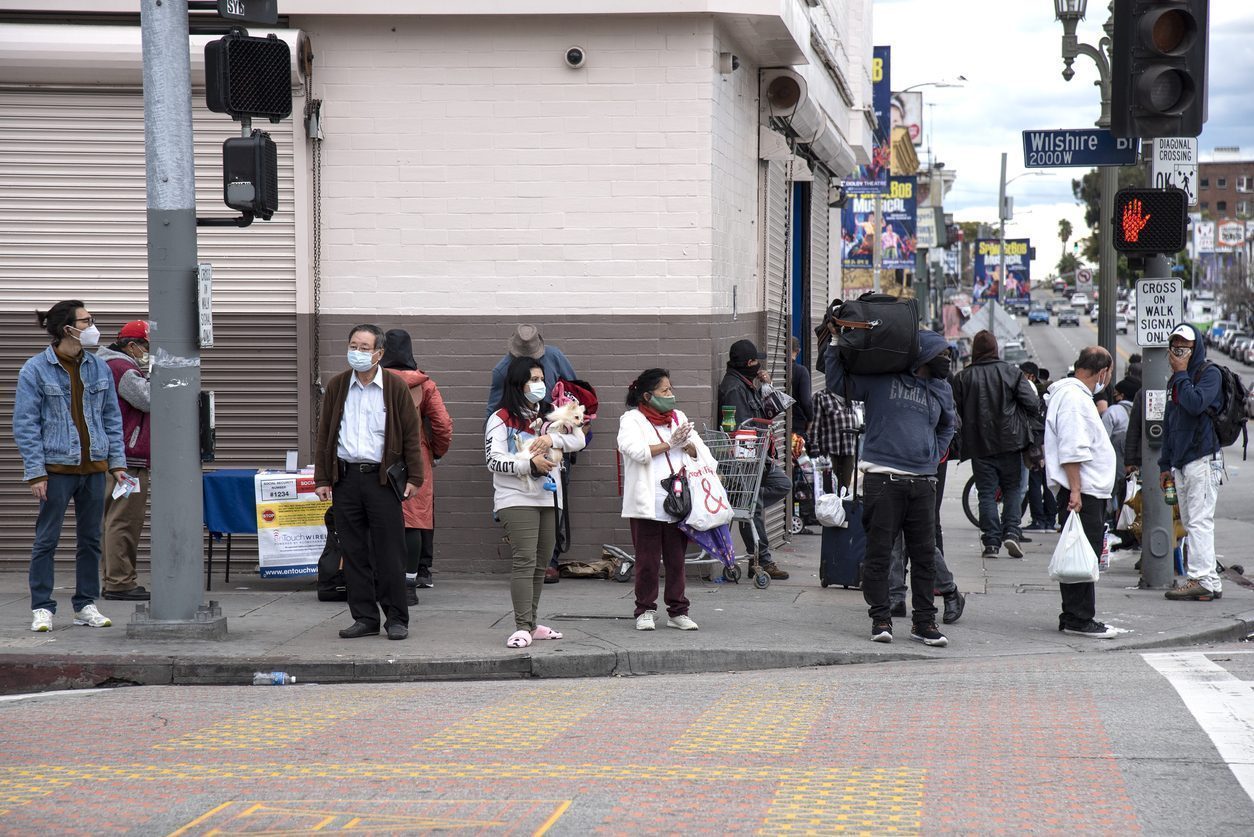 In 1998, U.S. Latino children attended elementary schools in which nearly 40% of their classmates were white.

Segregation grows into severe isolation in large urban school districts. In the nation’s 10 poorest districts, Latino elementary students attended, on average, schools that were just 5% white—down from 7% white in 1998.

“It’s essential that we consider hard evidence as the nation debates questions of fairness, segregation, and immigration,” according to study co-author Claudia Galindo of the University of Maryland, and a former Salud America! grantee, in a news release. “Our findings show increasing racial separation for Latino children.”

Additionally, segregation and other racial discrimination can also lead to medical issues later in life.

“Feeling stigmatized, threatened, or discriminated against correlates with structural heart abnormalities in Latinos, according to a preliminary study by the American Medical Association,” writes Contreras, according to Axios.

The study examined heart health for Latinos living in New York, Chicago, Miami, and San Diego. They found a correlation with feeling discriminated against and having health issues.

“People with an enlarged left atrium or ventricle usually suffer from conditions like high blood pressure and are more prone to have strokes,” writes Contreras.

More must be done to help Latinos suffering from the consequences of segregation and discrimination.

How Can We Help?

Every child deserves a safe, healthy home and upbringing.

While children of color are often not given the same opportunities and resources to succeed, we can advocate for health and social equity.

By supporting Latino families with young children, we can make a difference. Research has shown that early childhood programs that focus on boosting school readiness with bilingual literacy that helps stimulate children will help protect Latino kids from future risks. Federal, state, and local governments should allocate funding towards such inclusive childcare programs.

School leaders can also make a difference by prioritizing physical activity and healthy school food. With proper funding, these programs can make a significant difference in the lives of young children.

Community leaders can also advocate for policies that combat segregation, like anti-discrimination and affordable housing.

“Policymakers can invest in efforts to enforce existing anti-discrimination laws to root out the discrimination that persists in the housing market. Policymakers can also ensure that zoning doesn’t reinforce segregation patterns,” said Ingrid Gould Ellen, faculty director of the NYU Furman Center & Paulette Goddard Professor of Urban Policy and Planning, according to Living Cities.

We can also do our part to advocate for Latino kids and for health equity for all people.

You can help by downloading the Health Equity Report Card from Salud America!

The report card allows you to see what access your community has to healthcare, food, education, housing, and other resources. You can help advocate for your neighbors and present the Health Equity Report Card to your city’s leadership!