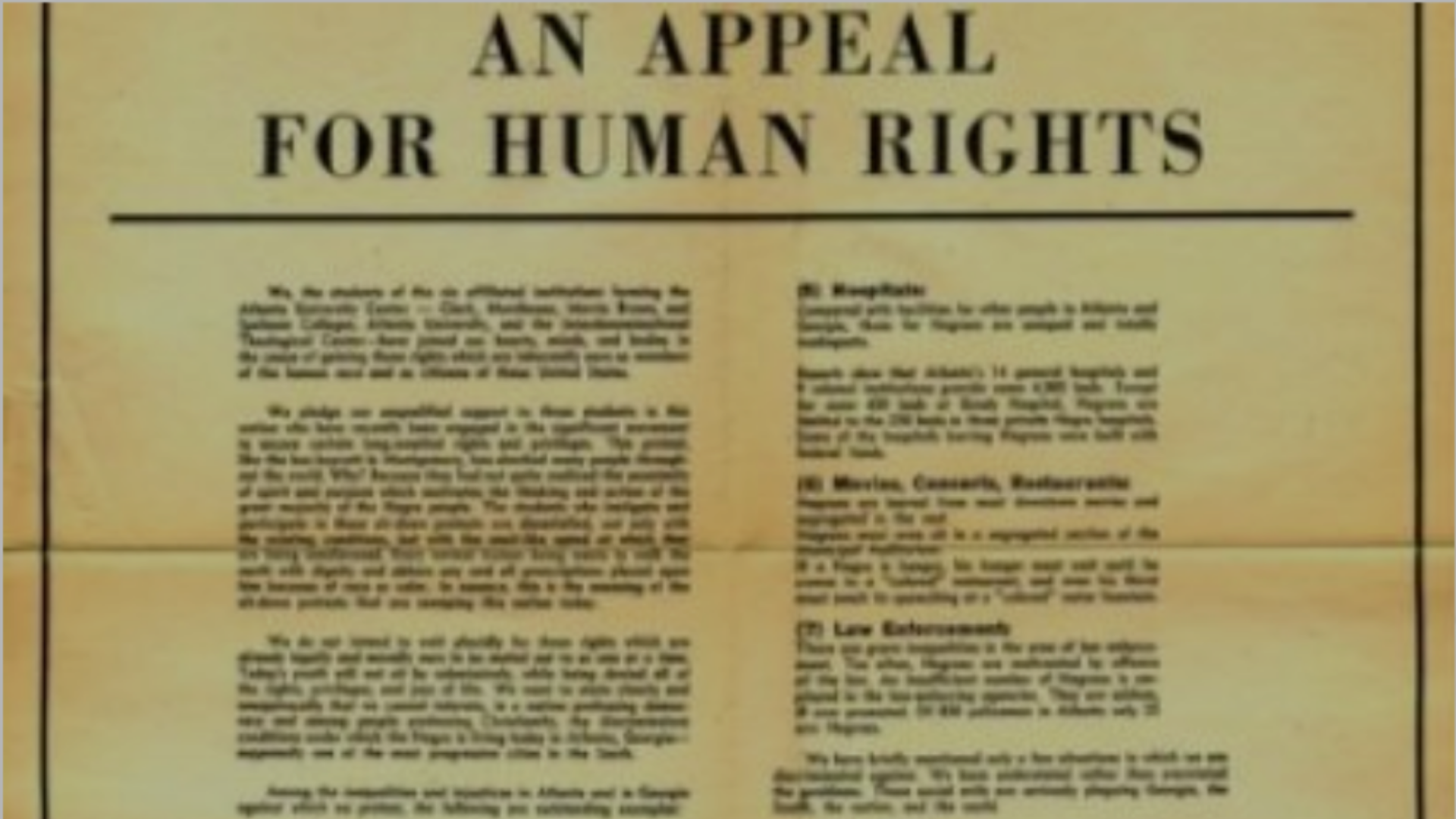 An Appeal to Human Rights

In March of 1960, students of the six colleges comprising the Atlanta University Center, having decided to challenge the scourge of segregation in public and private facilities of Atlanta, presented a manifesto entitled “An Appeal for Human Rights” as a preamble to pending demonstrations designed to achieve the same rights and privileges for “Negroes” that were accorded white citizens.

At the behest of the six college presidents and signed by the six student government presidents, the document was published in the Atlanta Journal and Constitution on March 9, 1960 and quickly found its way to the New York Times and the Congressional Record.

It is taught throughout the world as a profound statement of the determination of young people to overthrow the vestiges of slavery and to achieve liberty and justice for all. 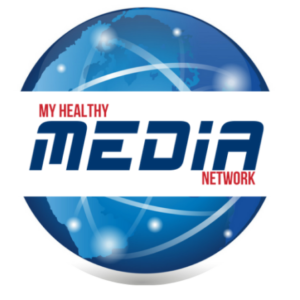 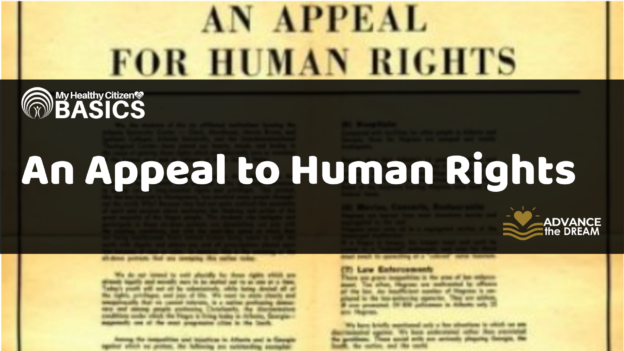 Not Enrolled
Login to Enroll
Free

Login
Accessing this journey requires a login. Please enter your credentials below!
Lost Your Password?
Register
Don't have an account? Register one!
Register an Account
An Appeal to Human Rights