Companies emitting harmful waste and gasses into the Earth’s atmosphere will now have to abide by strict regulation policies recently passed by Colorado’s state legislature.

The new law will require these businesses to more closely monitor their emissions standards — more importantly, the data found must be published publicly.

Not only will the law ensure transparency, it could also save countless lives, according to Carmen Abrego Vasquez, a member of the Colorado People’s Alliance.

“[This bill] an important step to making sure we have transparency and hold corporate polluters accountable, she told the Colorado Sun.

“The majority of people who live in my community are Latinos or immigrants and this is a step to improve our lives. We have a right to know what’s in the air we breathe.”

The Pollution Reduction Bill and Its Regulations

House Bill 1189 is now on its way to the Governor’s desk, where he is expected to sign.

The bill will be enacted thanks to a coalition of Latino legislators and lawmakers who played a significant role in bringing the issue of air toxins to the table, according to the Colorado Sun.

This bill aims to address air pollution that has been linked to causing cancer or other serious health effects, such as adverse reproductive effects or birth defects, and adverse environmental and ecological effects. 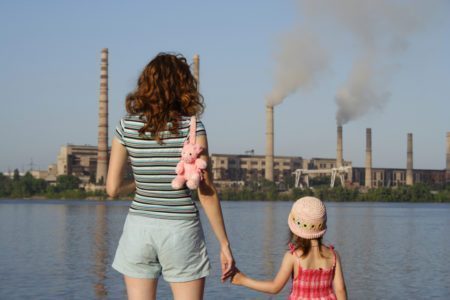 Does the Pollution Reduction Bill Do Enough to Protect Colorado?

Some had hoped the bill would be more protective of people and the environment.

For instance, the bill’s advocates aimed for more restrictive limits on hydrogen cyanide, hydrogen sulfide and benzene. But the final legislation mainly focused on other emitter industries, such as aircraft part makers and petroleum refineries, bulk stations, and terminals.

Conservation group officials have talked with state legislators about other emissions issues throughout the state. They say this bill doesn’t do enough.

“The legislature continuing to expect protection from the Air Quality Control Commission, when the Commission has members who work or worked for polluters, is unrealistic,” said Robert Ukeiley, Colorado counsel for the Center for Biological Diversity.

He pointed to other states such as Texas, North Carolina and Georgia − all of which have set tougher limits.

Still, the bill is “huge for environmental justice,” according to Ean Tafoya, co-chair of Colorado Latino Forum.

The writers of this bill focused on the impact on communities, especially those that face systemic injustice.

“Colorado communities are increasingly concerned about the potential health impacts of air toxics resulting from routine facility operations, fugitive leaks, upset conditions, or emergency situations,” The bill states. “[This body] determines that Colorado communities have a right to know about exposures to air toxics in real time.”

Pollution and Its Impact on Latinos

The lawmakers behind House Bill 1189 directly address the disparities people of color face when it comes to toxic exposure.

“[The] disproportionately impacted communities often include low-income neighborhoods and residents who identify as Black, Indigenous, Latino,” the bill states. “People of color and are disproportionately affected by air toxics emissions.” 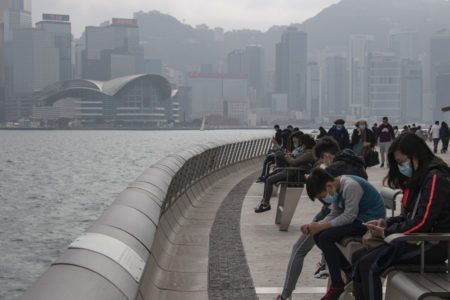 The other significant factor of reducing emissions is fighting back the impacts of climate change, especially for those who are experiencing the worst aspects of it.

Global warming is making life harder for Latinos and other communities of color.

Given current and historical emissions levels, Americans, specifically, are looking down the barrel of a hot, uncomfortable future.

Cities across the US will experience harsher extreme-weather events, see increases in daily temperatures, and some might no longer be inhabitable.

Worse, this crisis will have significantly worse repercussions on underserved groups, including Latinos. These populations will have a more challenging time dealing with future consequences, but they are already enduring its current impacts.

Overall, people of color fare worse due to the impacts of global warming.

This crisis will have significantly worse repercussions on underserved groups, including Latinos. These populations will not only have a harder time dealing with future consequences, but they are already enduring its current impacts.

You can share crucial environmental information with your local leaders, too.

If you’d like to continue making a difference in your community’s sustainability practices, you can download a Salud America! Health Equity Report Card.

The report card will show you how you will see how your county is doing on various health-related conditions compared to the rest of your state and nation. The data will show how your area stacks up in air toxin exposure, respiratory hazard indices, population density, tree canopy, and job rates in the agricultural, construction, and manufacturing fields.

Email your Health Equity Report Card to community leaders. Share it on social media, and use it to make the case to for health equity where it is needed most!