4 Reasons to Think Structuralist, Instead of Individualistic, to Improve Health Equity

Every person is a unique individual.

But if you look closely, you’ll see each person lives, learns, works, and plays within social and environmental conditions that influence their individual health and wealth.

Some people face health barriers because of structural and systemic policies that curb their access to quality housing, transportation, medical care, food, jobs, schools, parks and other social determinants

Individuals have no choice when it comes to these structural health barriers.

“Despite the tremendous, lifelong impact of our community conditions on our health, we focus most of our energy and resources on treating the outcomes of these problems but lack the essential urgency for attacking the root causes of poor health,” according to Brian C. Castrucci, Dr. Johnathan Fielding, and John Auerbach.

That is why we we encourage our network to take action to reduce systemic inequities, and shift from individualistic thinking to structuralist for health equity.

Individualistic vs. Structuralist Views of People Living in Poverty

In the United States, many have a negative view of those living in poverty.

Beliefs about the causes of poverty fall into three types, according to a Salud America! Research Review:

The individualistic view is most common.

People with the individualistic view may feel like they are exempt from feeling compassion for or taking action against systemic inequities that lead to poverty, because they assume current social, economic, and political systems are fair and advantageous, otherwise they would not be in place.

A person’s poverty must be due to lack of hard work or a lack of ambition, individualistic thinkers believe.

But poverty and poor health are neither situational nor random. They are structural.

We must avoid buying into the individualistic mentality because it shuts the door on opportunities to address structural and systemic inequities that continue to unfairly burden some Americans.

At the population level, it is more efficient to remove structural barriers to health and wealth than to focus on individual efforts to overcome the barriers.

This is why it’s important to help people shift from the individualistic narrative and toward the idea of creating a community that achieves health equity, where everyone has an opportunity to stay healthy and thrive regardless of their income, race, or gender.

Here are four reasons to help you build a case against individualistic thinking and support structuralist thinking.

These burdens are not random, unique, or situational.

Rather, these burdens are common, structural, and rooted in discriminatory practices and policies.

To make long-lasting changes in promoting health equity for our nation, we need to move beyond individualistic thinking and toward structural thinking that addresses systemic inequities in the social and environmental conditions in which live, learn, work and play.

We need meaningful action and a shared narrative shift toward supporting equitable systems and structures that tackle the following three structural inequities:

Lack of stable, affordable housing is a common problem, particularly in areas with large Latino populations. This common problem is the result of decades of discriminatory policies and systemic inequities.

Single-Family Zoning. Zoning is a land use regulation that divides and regulates how land can be used.

On most land zoned for residential use, as opposed to commercial or industrial, zoning prohibits everything but a single-family detached house.

This means no duplexes, triplexes, or quadplexes. It often also means no small lots or small homes.

In tandem with this exclusionary zoning practice was decades of disinvestment in black and brown neighborhoods, to include a racist practice called redlining.

Redlining. Beginning in the 1930s, the federal government relied on maps made by the Home Owners Loan Corporation (HOLC) to determine who was eligible for a federal housing loan.

For decades, government officials, loan officers, appraisers, and real estate professionals literally determined lending risk by drawing a red line around minority neighborhoods. They did this in 239 U.S. cities. Find your city here.

These communities are still not invested in equitably today, and Latinos and other minorities continue to be routinely denied mortgage loans at rates far higher than their white counterparts.

Even programs aiming to address housing affordability problems fall short. For example, the methods used to determine fair market rent levels for housing voucher subsidies are determined at the county or multi-county level, which ignores variety among neighborhoods and sets the voucher subsidy too low.

This means even with a voucher, low-income families are priced out of high-opportunity neighborhoods.

The white advantage and racial disadvantage we see today is not random. It is systemic.

For example, according to a 2018 report from the National Community Reinvestment Coalition:

Beyond living in disadvantaged neighborhoods, people of color also are housing-cost burdened.

Housing-Cost Burden. Nationwide, a higher percentage of Latinos (56.9%) than whites (46.8%) are housing cost burdened, according to a Salud America! Research Review.

Housing affordability and stability affect financial stability, stress, and the overall ability of families to make healthy decisions. Rising housing costs also leads to involuntary displacement of families from urban areas to non-affluent suburbs and rural spaces, known as the suburbanization of poverty. These families are further away from jobs, transit, parks, healthy food, health care and social networks.

Renters are particularly vulnerable to rising housing costs, substandard conditions, and eviction all while missing out on the opportunity to build wealth.

The affordable housing problem is neither unique nor random, but is common and structural; thus, cannot be solved by ambition or exceptional money management.

Focusing on individuals’ needs is not an effective way to solve a structural problem.

Learn more about housing conditions in your county by downloading our free Health Equity Report Card.

Transportation plays a critical role in a person’s health and wealth.

Yet, for Latinos, lack of safe, affordable, and reliable transportation options is a common problem.

This is the result of systemic discriminatory policies and structural inequities that built a transportation network where you must own a private vehicle in order to get around. These practices were in large part to reinforce the classist and racist housing practices mentioned above by investing in roadways to connect white suburbs to city centers while disinvesting in transit.

Disinvestment in Options. Vehicle ownership is expensive. Yet many communities are designed for vehicle access and lack safe sidewalks and frequent public transit.

Many think this is because fuel taxes pay for highways.

However, highway spending has exceeded revenue from federal and state gas taxes. 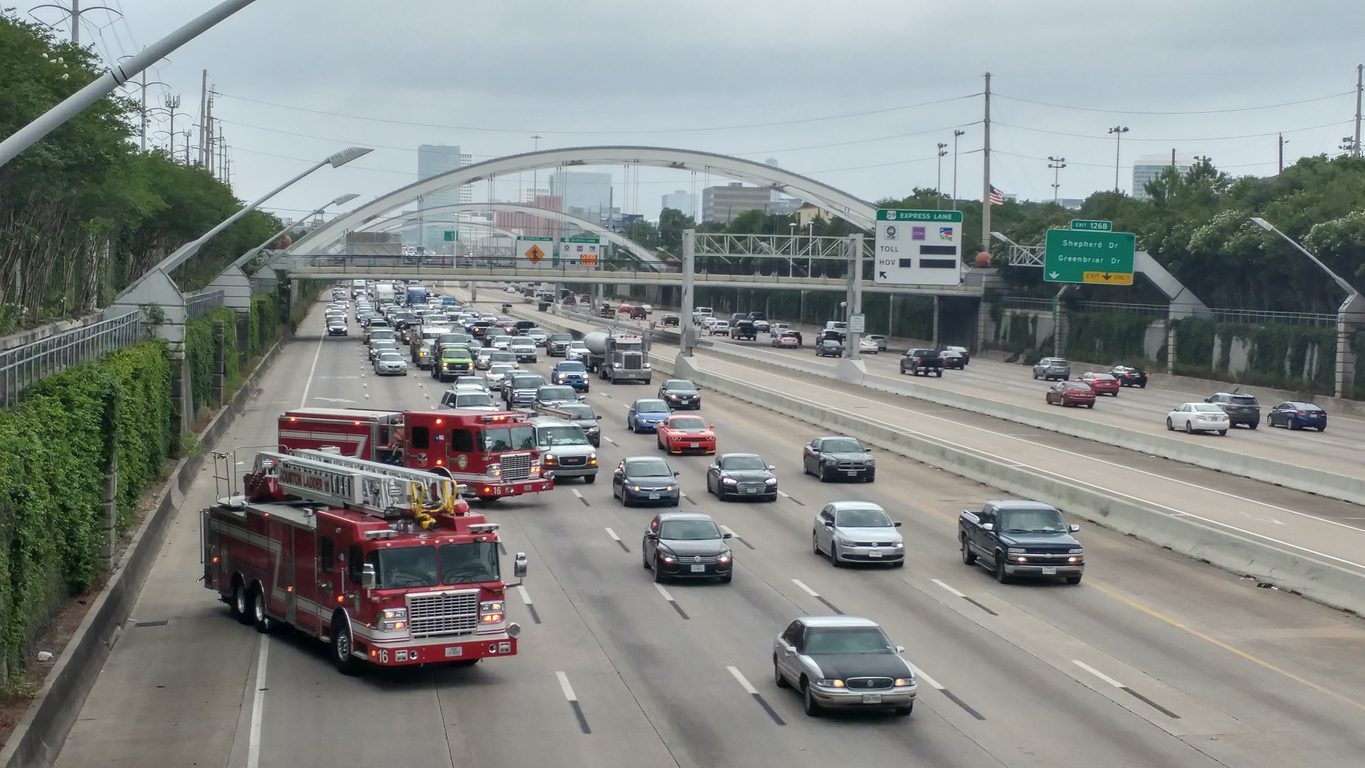 Every year since 2008, a gap has formed between dedicated gas tax revenues flowing into the Highway Trust Fund and the cost of surface transportation spending Congress has authorized, according to a 2020 report from the Congressional Research Service.

Over the past 12 years, Congress has transferred nearly $144 billion from the general fund to the Highway Trust Fund.

At the local level, gas taxes are rare, meaning, general fund appropriations provide the largest share of local highway revenue, according to a 2014 report from The PEW Charitable Trusts.

However, despite revenue coming from general funds, spending on highways exceeds that for transit at each level of government.

For a trip that takes 20 minutes by car, some people report leaving up to two hours early to be sure they arrived to work on time due to inadequate transit.

On streets in America, Latinos, people of color, low-income populations, and older populations are killed or seriously injured while walking at higher rates.

Again, this illustrates that the problem is structural, not individual. 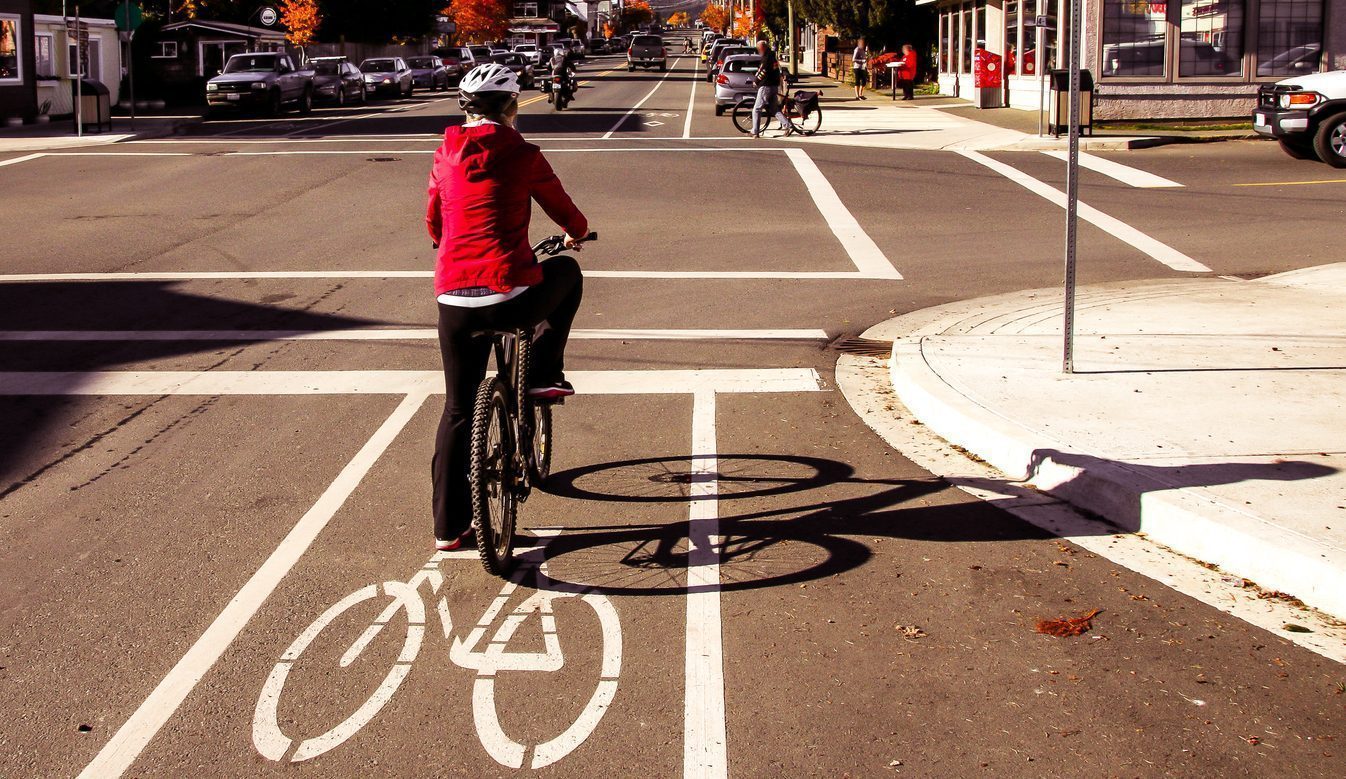 Not only are auto-dependent transportation networks unsafe, but they are also connected to higher rates of physical inactivity, greenhouse gas emissions, land degradation, and economic segregation.

Transportation-Cost Burden. To be considered affordable, families should spend no more than 15% of their income on housing and transportation.

However, numerous households are paying more than 22% of the annual income on transportation in counties across the country.

The average annual household expenditure on transportation was $10,742, with only roughly $4,300 for purchasing the vehicle, and the rest on fuel, insurance, and maintenance, according to Consumer Expenditures in 2019 by the U.S. Department of Labor’s U.S. Bureau of Labor Statistics.

Without options, families are forced to own a private vehicle just to get to work. They must forego buying necessities like food and healthcare to cover the cost of car ownership and repairs.

This is a structural problem.

Focusing on individuals’ transportation needs is not an effective way to solve this structural problem.

You can find out more about transportation issues in your county by downloading our free Health Equity Report Card and by looking up the H+T Index.

However, unequal pay among Latinas and Latinos is a common problem.

Median Latino household wealth decreased 50% in a recent 40-year span (1983 to 2013), while that of white households increased by 14%, according to a Salud America! Research Review.

This is due in part to racist practices that blocked minority families from homeownership as well as to unfair wages.

Historically, wages for women and minorities have been unfairly established. Employer practices, such as using prior salary history in setting current pay, compounds the problem.

However, many wage discrimination laws do not address using salary history in setting pay for new hires.

Hard work and college haven’t been the answer to racial pay gaps.

Latinas who have bachelor’s degrees, for example, are paid 35% less than white men with the same degree.

Although individual-level efforts to address social needs can be less expensive, these efforts will only achieve short-term, individual gains. This is because they don’t address the root causes of the systemic inequities that cause poor health.

For example, helping people get over a barrier is not as effective as eliminating that barrier, particularly when we are talking about structural barriers that have been in place for decades.

Share this with policymakers, health system leaders, and other stakeholders urging them to focus on structuralist efforts to reduce systemic inequities.

One way to help our cities start to shift more rapidly to structuralist action is to help them declare racism a public health crisis (and commit to concrete action).

You can help your city do this.

The post 4 Reasons to Think Structuralist, Instead of Individualistic, to Improve Health Equity appeared first on Salud America.