Though Latinos are the largest non-white demographic in the U.S., our federal government is disproportionally white.

In early 2020, less than 10% of the U.S. House of Representatives were Latino, despite Latinos making up 18.5% of the population.

But that’s starting to change.

In the November 2020 election, voters elected more Latinos to Congress, both Republicans and Democrats.

Although Latino representation in Congress still needs improvement, the election of these representatives signifies progress.

Which Latinos Were Elected?

Voters elected Latinos to both chambers of Congress.

Luján plans to lead with a social justice lens.

“So many people want to ignore the realities that are impacting communities across the entire United States of America,” Luján said, according to VOX. “The first thing that has to be done to address inequalities and injustices when it comes to access to health care, educational opportunities, economic opportunities, challenges with housing, whatever it may be, is admitting that they exist.”

Six more Latinos were elected to the House of Representatives.

The Congressional Hispanic Conference, the congressional group for Republican Latinos, will welcome them into office in January 2021.

“There’s no doubt we’ve seen a dramatic increase in the representation of minorities, including Hispanics, among Republicans,” said U.S. Rep. Mario Diaz-Balart (R-Fla.), the chairman of the Hispanic Conference, according to The Hill.

The growing number of Latino Republicans will help even the playing field, according to Diaz-Balart.

“This growth in Hispanic Republican representation in Congress is very positive for the country,” said Diaz-Balart. “It can only help those negotiations.”

Democrats also elected new Latinos to the House of Representatives.

Voters in New York elected Richie Torres to their 15th Congressional District. He will be the first gay Afro-Latino person to be elected to Congress.

Torres announced he will join the Congressional Hispanic Caucus, the congressional group for Democratic Latinos.

“His victory is a testament to the Hispanic Caucus’ commitment to expanding our Caucus with diverse voices by investing in candidates like Ritchie Torres, who is soon to be the first openly LGBTQ+ Afro- Latino Member of Congress,” said California Rep. Tony Cárdenas, according to The Hill.

“A lifelong champion of equity and progress, we know that Teresa will be an asset to our state with her commitment to hard work and her passion for bettering the lives of her fellow New Mexicans,” said Marg Elliston, chair of the Democratic Party of New Mexico, according to KRQE.

On both sides, representation for Latinos in government is growing.

Why is Diversity in Government Important?

There are several benefits to having more Latinos in government and making it more diverse.

Having more diversity in government will allow it to better represent the people, according to Inclusive America.

“By 2040, the United States of America will be a minority-majority country. Yet, in 2018, 93% of the people running the federal government were White, and 80% of them were men,” according to the Inclusive America website. “The current make-up of our government does not reflect the nation’s current or growing diversity, and also fails to fulfill our founding fathers’ constitutional promise of a nation that is ‘of the people, by the people, and for the people.’”

More diversity in government will also lead to higher political efficacy, or the idea that your civic participation contributes to meaningful social change.

Voters may feel more connected to candidates who they can see themselves in. With more diverse political candidates, voters are less likely to fall victim to voter apathy, according to Inclusive America.

“Data shows that when candidates of color run, their races draw more voters of color to elections, and those voters are more likely to vote for a candidate from their own racial or ethnic background,” said Matt Barreto, co-founder of political research firm Latino Decisions, according to USA Today.

“The inclusion of underrepresented perspectives has been proven to develop better outcomes and policies. No one knows the needs of a community better than the people in it. A diverse pool of leaders brings with them a set of unique experiences, opinions, and thoughts on critical issues that help enhance our government’s ability to serve the needs of its entire population, especially historically disenfranchised communities,” according to the Inclusive America website.

This will especially be impactful for Latinos, who are incredibly underrepresented in government positions.

“Nationally, there are an estimated 58.9 million Latinos … yet only about 6,700 elected officials are Latino, according to a 2018 analysis by the National Association of Latino Elected and Appointed Officials, or NALEO. That amounts to a political representation rate of 1.2% in local, state and federal elected offices,” according to USA Today.

How Else Can We Help Latinos?

Having more Latinos in the federal government will help improve how this country serves Latino communities in an equitable fashion.

There are many other ways we can help Latinos. 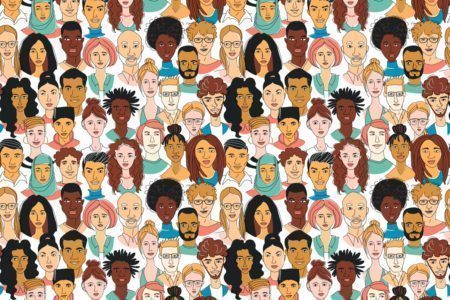 One thing you can do to help is to declare racism a public health crisis in your city.

Systemic racism and discrimination make it harder for Latino and Black people to get healthcare, housing, transportation, education, employment, healthy food, and fair policing, all of which are worsened by the COVID-19 pandemic.

You can download and use the Salud America! “Get Your City to Declare Racism a Public Health Crisis Action Pack” to fight racism in your community.

You can also see how equitable your county is.

See how your area stacks up in housing, transit, poverty, health care, healthy food, and other health equity issues compared to the rest of your state and nation through a customized Health Equity Report Card by Salud America! at UT Health San Antonio.

“These aren’t white issues, these are everyone’s issues,” Barreto said, according to USA Today. “Black, Latino, Asian communities, we should all be equally represented. That’s what we should expect in a healthy democracy.” 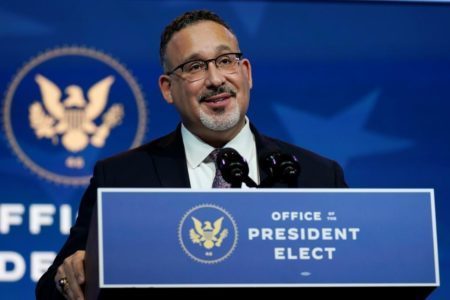 When Joe Biden takes the presidential office on Jan. 20, 2021, he’ll bring cabinet members from a variety of backgrounds and walks of life. Biden’s cabinet is the most diverse presidential cabinet in history. There are more people of color and women than any previous cabinet and also has LGBTQ and Native American representation. Why …
The post President-Elect Joe Biden’s Cabinet Boasts Diversity, Minority Representation appeared first on Salud America.